Posted by cavaness on Friday, 26 April 2013 in Animals 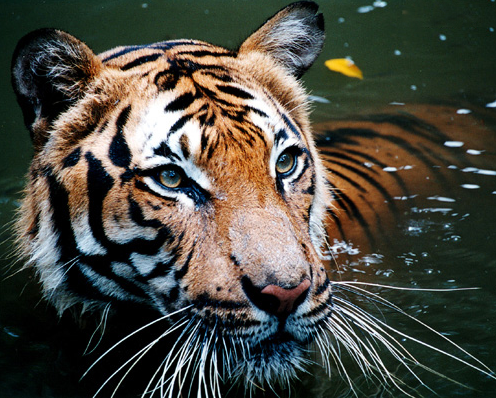 May 18 is Endangered Species Day, an annual holiday introduced by the U.S. Senate in 2006 to raise awareness of endangered plants and animals and "promote species conservation worldwide."

Honoring species on the brink of extinction may sound like a bummer, but Endangered Species Day isn't meant to bring us down. Instead, the goal is to help us appreciate that we have a concept of "endangered species" at all — a notion that was on few people's radars 100 years ago, even as humans were wiping out ancient animals like passenger pigeons, Caspian tigers, Zanzibar leopards and thylacines.

Such loss of wildlife finally began to weigh on world governments by the early 20th century, leading to landmark conservation laws like the United States' Lacey Act of 1900 and the Migratory Bird Treaty Act of 1918. The U.S. Endangered Species Act later set a new standard of protection in 1973, and it's largely credited with saving iconic creatures such as American alligators, bald eagles, brown pelicans and red wolves.

Endangered Species Day doesn't overlook the ongoing problems for endangered species, though; it merely aims to stir up optimism that we can still save them, even if the outlook is bleak. It's celebrated at a wide range of U.S. parks, wildlife refuges, zoos, aquariums, botanical gardens and schools, with official events ranging from tours and field trips to festivals, film screenings and community cleanups.

Regardless of how or when you observe this please comment and post your ideas about this subject.