Posted by amir on Tuesday, 02 October 2012 in General Environment 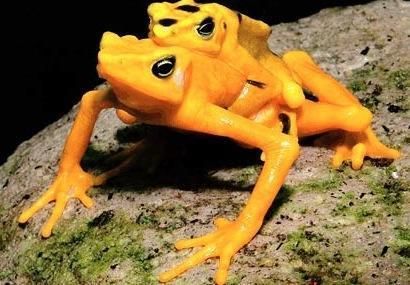 A public consultation held simultaneously in 25 countries — 19 of them in the developing world — showed 84 per cent of participants believing that most people in the world were seriously affected by biodiversity loss. The results of the consultation held on 15 September — organized mainly by the Danish environment ministry — are to be presented at the 11th Conference of the Parties to the Convention on Biodiversity being held in Hyderabad, India, this month (October).

Some 72 per cent of participants in 'World Wide Views on Biodiversity' thought that educating schoolchildren and the public on biodiversity issues was key to protecting nature and maintaining food security.

Aiming to engage ordinary citizens in policymaking for a healthy planet, 34 meetings were held in Brazil, Canada, China, Denmark, India, South Africa, Uganda, the US, Vietnam, Zambia and other countries. About 100 people selected for diverse backgrounds – gender, occupation, education and residential location – participated in each country.

"Biodiversity does not mean the same for everyone. For some it is an added value to their lives, for others it competes with their wish to be able to make a living from their farm land – even if they have a genuine wish to increase biodiversity," Lars Klüver, director of the Danish board of technology, an organiser, told SciDev.Net.

In Brazil, 88 people from 19 states took part in the discussion. Senator Rodrigo Rollemberg said at the session that this country had "an increasing responsibility" on biodiversity issues and that government can act together with the public to face them.

Alberto Pellegrini, a researcher at the Oswaldo Cruz Foundation in Rio de Janeiro told SciDev.Net that the participation of the public in science was essential. "It is very important that research agendas are defined not only by scientists but also by society."