Posted by Angel on Tuesday, 02 October 2012 in Biofuels 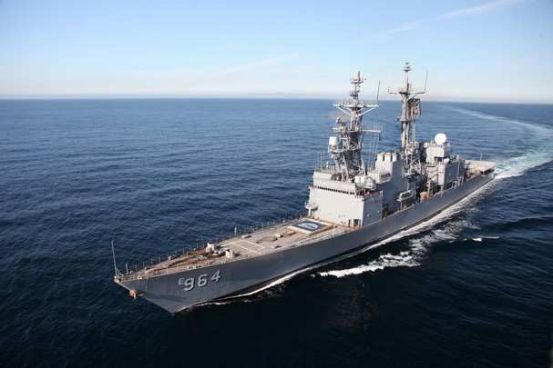 From using vegetable oil and animal fats to trees and grasses as new sources of energy, biofuels are continuing to gain attention due to current oil prices and concern for energy security. As energy is produced from carbon fixation in these biofuels, scientists are experimenting with other types of renewable sources as mediums. The latest research endeavor? Creating jet fuel from seawater.

Last year, the U.S. Navy Military Sea Lift Command, who is in charge of supplying fuel and oil to the U.S. Navy fleet, delivered nearly 600 million gallons of fuel to vessels underway, operating 15 fleet replenishment oilers around the globe. Refueling U.S. Navy vessels at sea is not only costly, but the process requires a lot of time and coordination, which can ultimately affect national security.

To combat this issue, scientists at the U.S. Naval Research Laboratory (NRL) are developing a process to extract carbon dioxide (CO2) and produce hydrogen gas (H2) from seawater, subsequently catalytically converting the CO2 and H2 into jet fuel by a gas-to-liquids process.

"The potential payoff is the ability to produce JP-5 fuel stock at sea reducing the logistics tail on fuel delivery with no environmental burden and increasing the Navy's energy security and independence," says Navy research chemist, Dr. Heather Willauer.

CO2 is abundant in seawater, with the concentration in the ocean about 140 times greater than that in air. Two to three percent of the CO2 in seawater is dissolved CO2 gas in the form of carbonic acid, one percent is carbonate, and the remaining 96 to 97 percent is bound in bicarbonate.

"With such a process, the Navy could avoid the uncertainties inherent in procuring fuel from foreign sources and/or maintaining long supply lines," Willauer said.

NRL has successfully developed and demonstrated technologies for the recovery of CO2 and the production of H2 from seawater using an electrochemical acidification cell. The technology includes a "carbon capture skid" which has been tested using seawater from the Gulf of Mexico to simulate conditions that will be encountered in an actual open ocean process. Inside, chambers take the water through a two-step process for capturing CO2 and then producing H2 gas.

It is expected that the jet fuel would cost $3 to $6 per gallon to produce. Considering the costs of transporting jet fuel hundreds of miles to these vessels, in addition to the security measures and time costs that will be saved, the estimated cost seems reasonable.

However, energy will need to be expended in order to produce this seawater fuel in the first place, so the NRL will have to work on the efficiency and scale-up of the process.

Read more at the US Naval Research Laboratory.

Ship and plane image via Shutterstock.