Posted by plantitfilm on Monday, 06 May 2013 in Fossil Fuels 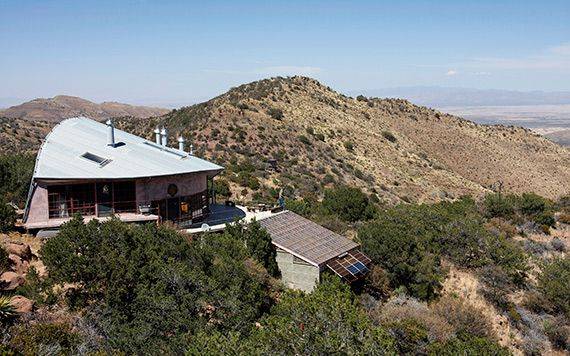 Which is why we need a structural solution, like a carbon tax.

Fossil fuels don't care which brand of paper towel you use. They don't care whether you put bamboo flooring in your kitchen, or upcycled your coffee table. Frankly, your personal efforts to insulate your house, drive less, and turn off lights when you leave a room barely register.

That's because energy isn't about your personal choices, and it's not even exactly about the sources we use at a regional or local scale. Energy is systems. And all the green lifestyle changes in the world don't alter the fact that fossil fuels are safely embedded at the center of our global energy system.

"What if we never run out of oil?", Charles Mann's recent article in The Atlantic, is a stark reminder of this fact. In it, he examines the shift from traditional fossil fuels of oil, gas and coal to "unconventional" resources -- natural gas trapped in layers of rock, methane frozen in crystals at the bottom of the sea, and even waterlogged or sand-sludged oil deposits our ancestors passed over.

Once upon a time, these reserves were considered too expensive, too hard to access, too potentially messy to bother with. But as traditional reserves get harder to find, companies are coming up with ways to get around the unconventional problems. The trend has even spurred debate between economists and geologists about whether or not we can actually run out of fossil fuels altogether. Maybe there will always be some grimy, hard-to-reach hydrocarbons down there, just waiting for the right technology and the proper economic incentives to come along.

Personally, though, I'm less concerned about the outcome of that debate than I am with the realities that created the debate to begin with. Fossil fuels are an incredibly powerful source of energy. They've enabled us to build the comfortable, convenient and clean society we enjoy today. And that society has been molded around them. Everything about our energy system has been shaped by fossil fuels. Our homes are run by electric infrastructure that functions best when paired with highly controllable power plants that allow us to create more or less electricity on demand by burning more or less fossil fuels. Our transportation system is designed specifically for gasoline-powered cars. The chemistry behind everything from agriculture to clothing is based on oil.

None of these infrastructures had to be based on fossil fuels, but they were. This fact -- not what you choose to do in your personal life -- is why it's so difficult to stop using fossil fuels. It's why there continues to be economic incentives to develop technologies to get at even the most unconventional of hydrocarbons.

Trying to fit new kinds of energy into infrastructures not designed for them is expensive, and creates complications -- the fact that solar resources fluctuate throughout the day isn't inherently problematic, but it is a problem when paired with an infrastructure that can't deal with fluctuation. Relying on individuals to produce change forces people to make choices that aren't always in their best interest -- how do you get rid of your car in a city or state with no alternative transportation infrastructure?

Like it or not, what Mann's article shows us is that climate change and environmental sustainability aren't grassroots issues.

In fact, that's exactly what economists told me two years ago, when I was researching Before the Lights Go Out, my book on electricity infrastructure in the United States. Energy is a systemic issue. If you want to change it, you have to start at the level of systems -- not with the downstream effects.

That's why economists think carbon taxes are such an important idea. There are multiple benefits. Taxing carbon means accounting for currently ignored costs of fossil fuels -- in 2009, the National Academy of Sciences estimated that Americans spend $120 billion every year dealing with the health effects of air pollution. Carbon taxes also incentivize and simplify sustainable personal decisions -- instead of doing lots of research to buy just the right green product, all you have to do is buy the thing that's cheaper.

Most important, though, is the effect on infrastructure. We're going after unconventional fossil fuels today because of economic incentives that have made once too-expensive sources of energy appealing. We're willing to develop new technologies and set up whole new industries to get at those fuels. There's no reason why the same thing can't happen to the wind, the sun, the waves and other non-fossil fuel based sources of unconventional energy. If we price carbon at what it's really worth, then the forces that Mann shows as working against us can start to work for us.