Posted by thatsenough on Wednesday, 15 May 2013 in Earth Violators 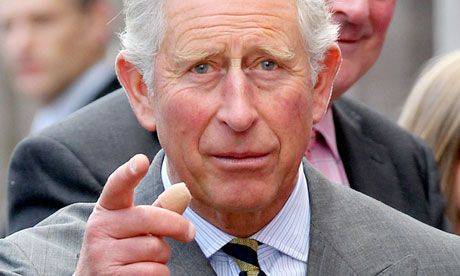 Prince Charles issued a scathing denouncement of corporations and of climate change skeptics for failing to take environmental actions to save the “dying patient,” planet Earth.

The Prince of Wales specifically faulted “corporate lobbyists” and then said the planet should be cared for much as a doctor cares for a human patient, The Guardian reported.

It’s like a “doctor [who] sees a child with a fever. He can’t wait,” Charles said in The Guardian.

“If you think about the impact of climate change [it should be how] a doctor would deal with the problem,” he said during a meeting of government heads, business officials and scientists. “A scientific hypothesis is tested to absolute destruction, but medicine can’t wait … [The doctor] has to act on what is there.”

Charles was hosting a two-day conference at St. James’s Palace in London.

One of his main messages: Those who stand in the way of enacting global regulation to combat climate change are part of the “international association of corporate lobbyists,” The Guardian reported.