Posted by stringer on Thursday, 20 March 2014 in Air Quality 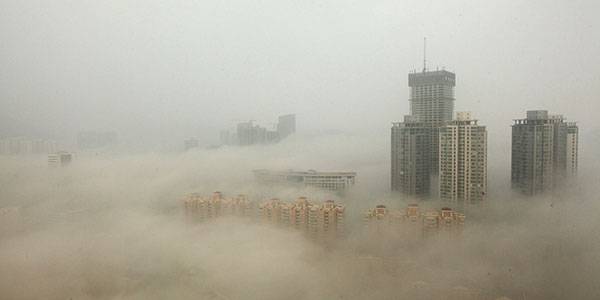 China is using drones to spy on polluting industries in its attempts to battle the lung-choking smog that frequently engulfs many of its cities.

The deputy minister of environmental protection, Zhai Qing said drones have recently been used in Beijing, Shanxi and Hebei provinces to inspect for pollution. These are some of the worst affected areas of China, with a high number of coal-fired power stations, steel mills and cement plants.

The unmanned aircraft can cover 70 sqkm during a two hour flight. According to the state-run China Daily newspaper the drones have helped the ministry "resolve" over 200 environment-linked cases, and the ministry is considering more drone inspections in other areas.

The ministry has four drones, first introduced in 2012 at a cost of approximately $1.3m (8m renminbi), according to Yang Yipeng, a ministry official.

"You can easily tell from the colour of the smoke – black, purple and brown – that the pollution is over the limit, because if smokestack scrubbers are operating properly, only white smoke is emitted," said Yang in an interview with the Hong Kong based South China Morning Post.

"There were too many chimneys like these, and the drones also captured pictures of flames in the open air ... and that is still only the tip of the iceberg."

While the drones are mainly used to gather evidence about environmental breaches they are also employed to evaluate the performance of local governments in enforcing environmental protection.

"It was very difficult for the law enforcers to collect evidence of violations when they make inspection trips outside Beijing, because locals easily recognise them and polluting factories swiftly suspend production, leaving few traces," said Yang. "The drones, on the contrary, can catch them off guard as few people notice their existence."