Posted by Tiny on Thursday, 20 March 2014 in Climate Change 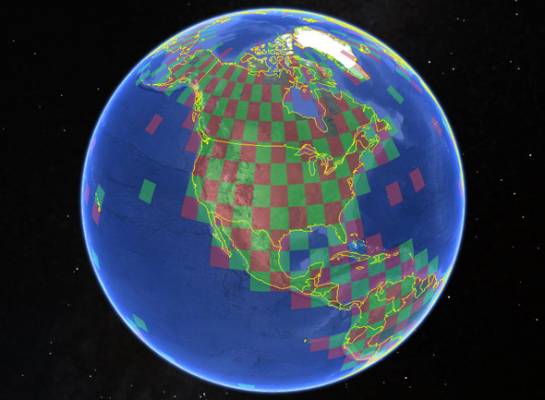 Imagine a map that shows years of rising sea levels in a matter of seconds, and the water is surrounding your house. There might soon be an app for that.

That's the sort of visualization that the Obama administration believes can spark action toward climate adaptation in communities around the nation. To help push technologists to create these new climate tools, the White House launched a website yesterday that holds more than 100 data sets on coastal flooding.

Google is using reams of similar information—in this case, satellite images over Australia—to create a program that condenses years of overhead pictures into a time-lapse video that shows rising water around shrinking Pacific islands. One house after the other is surrounded by climbing seas.

"When you can make that connection between a climate event and your home, it can change the game," said Rebecca Moore, founder of Google Earth Engine, at the rollout of yesterday's White House Climate Data Initiative. "We hope to help people internalize the risk and care."

The climate material made public yesterday on Climate.Data.gov is a fraction of nearly 91,000 government data sets housed on Data.gov, a website providing raw information for 21 categories ranging from ethics and law to manufacturing and health.

Climate is a new addition to the White House's "Datapalooza" events. There have been two on public safety and at least one on education. The events recognized tech-savvy innovators who used government data to design phone apps and other services to help protect the public and promote learning.

So far, the climate-related information is geared toward coastal flooding, though the White House indicated that the menu will expand. Officials called the climate page a "pilot" project. It contains a list of "tools" created by federal agencies, universities and other organizations that local officials can use to determine the frequency of floods, the depth of water and the vulnerability of future subdivisions.

"Basically, we want to turn data into insight," said Joel Dunn, executive director of the Chesapeake Conservancy, which is teaming with Intel to hold a "hackathon" that will pit software code writers against each other to develop climate apps. "We hope this will lead to [housing] development in less hazardous areas."