Posted by EarthDude on Saturday, 24 March 2012 in Forestry

Take a Virtual Walk Through a Rain Forest 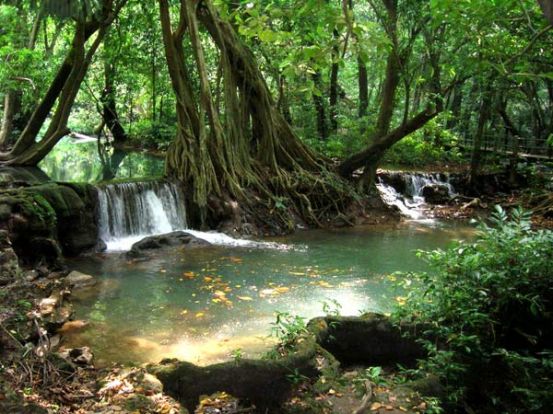 Google's latest Street View mapping projects let users take a stroll in the lush Amazon rain forest or the recuperating cities of Thailand, shining a spotlight on both deforestation issues and disaster recovery.

Google has documented local roads, college campuses, malls and even airports in the 360-degree vision of its Street View cameras. But in the past few days, Google has stepped up to the plate and unveiled Google Street Views of the Amazon rainforest and Thailand. Viewers can comfortably take a trip through the Amazon basin or witness the reconstruction of Thailand after last year’s devastating monsoon.

With roads thankfully a scarcity in the Amazon, a significant number of photographs taken within the jungles are still images, while the string of 50,000 images taken along the rivers capture a beautiful 360 degree view. If you’re unsure of where to look, Google offers various locations for “sightseeing.” You can walk down the paths of the largest developed community in the Amazon, or float down the Rio Negro. If you’re feeling adventurous, feel free to navigate the jungles or plot the location and take note of where Brazil nuts are harvested.

While Google has been criticized for its search and advertising products, the Street View project has in fact been a saving grace (though not without its detractors). With its latest Street View images, Google brings more attention to the Amazon rain forest and its issues, namely the effects of deforestation on a grand scale, despite the potential for beauty that lies within.

On the other side of the globe, the roads of Bangkok, Phuket and Chiang Mai have also received the Street View treatment, to much fanfare by The Tourism Authority of Thailand. After what was calculated to be the world’s fourth costliest disaster, much of Thailand has recuperated and rebuilt itself after nearly five months of inundation, as indicated by perusing the streets of Thailand.

“We really want to show that Thailand isn’t still underwater,” David Marx, Google’s Tokyo-based communications manager, told Reuters. “People should see Thailand for what it is.”

The Tourism Authority of Thailand has its own objective in mind – to get tourists to realize the extent of recovery and make Thailand their next vacation destination. “We hope tourists can see with their own eyes what Thailand is like. Street View will help their decision-making process in a positive way in regards to visiting Thailand,” Pongrit Abhijatapong, marketing information technology officer at the Tourism Authority of Thailand, said.

If you’re feeling like today’s a lazy day and want to momentarily escape for a vacation, you should jump on board a virtual tour of the Amazon and Thailand.