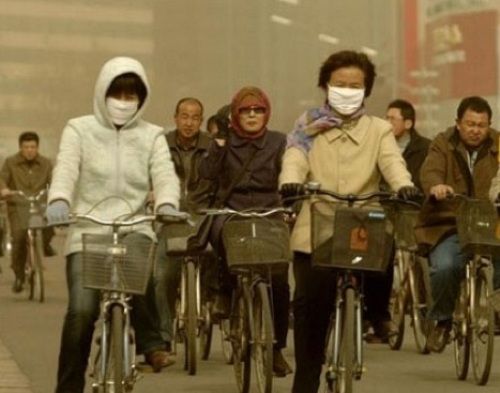 The State Council, China’s Cabinet, on Wednesday issued new limits on pollutants to go into effect nationwide by 2016. It also said major cities must launch programs this year to regularly monitor additional kinds of pollutants for the first time, including fine particles associated with health problems.

“Our task of air pollution control is huge,’’ Wu said.

The government revised its air quality standards in response to public pressure over pollution and the lack of thorough information about air quality in China. Demands in Beijing for greater government accountability on air quality were fueled in recent months in part by a Twitter feed set up by the U.S. Embassy giving hourly updates on air quality as measured on the facility’s roof.

Wu said the government plans to set up 1,500 new air monitoring stations around the country.

“We also want to build up public confidence in the data we provide in order to better serve the public,’’ Wu said.

The new Chinese standards require concentrations of fine particulate matter called PM2.5 to be kept below daily averages of 75 micrograms per cubic meter — more than twice as lenient as the U.S. Environmental Protection Agency’s standard of 35 micrograms.

Some Chinese cities generally have much higher amounts than that, and the U.S. Embassy monitoring showed a 24-hour average in the capital Friday of 188.5, a reading that it called “very unhealthy.’’

PM2.5 — particles less than 2.5 micrometers in size, or about 1/30th the width of an average human hair — are believed to be a health risk because they can lodge deeply in the lungs, and have been linked to increased cardiovascular and respiratory diseases as well as lung cancer.