Americans Will Burn 1.4 Billion in Gas For Memorial Day Travel 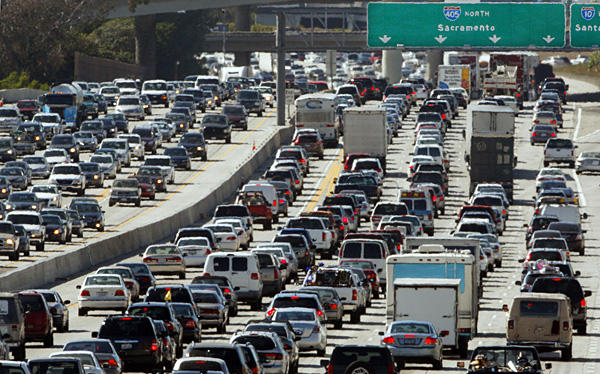 Americans will spend  more than $1.4 billion filling up during their Memorial Day travels, according to an analysis released today by the Union of Concerned Scientists (UCS).

The new analysis utilizes newly released data from the American Automotive Association (AAA), which estimated that 89 percent of Memorial Day weekend travelers — about 31.2 million Americans — will travel by vehicle. UCS found that those hitting the road will spend about $1.44 billion collectively on fuel.

But UCS found that – were Americans driving the average new vehicle in 2025 that will have nearly double the fuel economy of the average vehicle today thanks to new fuel efficiency standards — they would save about $619 million on gasoline.

With the money they would collectively save with these standards, Memorial Day travelers could buy:

“While we wouldn’t recommend someone eating 300 million cones of ice cream, choosing a more-fuel efficient vehicle is something every holiday traveler should consider,” said Josh Goldman, policy analyst for UCS’ Clean Vehicles program. “Having to put less gas in your tank means more cash in your pocket this holiday weekend, and thanks to these new standards, travelers will be able to save at the pump while reducing tailpipe emissions and lowering our country’s oil use.”

To view the analysis, including a detailed infographic on the savings, click here.

Automakers are starting to offer more gas-saving models thanks in part to historic new standards finalized in 2010 and strengthened last year. The new standards nearly double the fuel economy of new vehicles by 2025. Tapping into fuel-efficient technologies can not only help save drivers money, but also help create new jobs and put the nation on a path toward cutting its projected oil use in half within 20 years, according to UCS’s Half the Oil Plan.

The savings provided by these new standards are good news for drivers. A report UCS issued earlier this year found Americans can spend almost as much on gasoline over the life of their vehicle as its original cost.

The new report found that if a driver bought a car in 2011 and drove it for 15 years — the lifetime for an average vehicle — they would spend more than $22,000 on gasoline.

The report showed fuel efficiency can deliver large returns for drivers. For instance, a Ford Fusion SE Hybrid costs $3,500 more than its base conventional gas model, but consumes $9,000 less in gasoline over its lifetime.

"Automakers are churning out more models that are making it easier than ever for consumers to choose fuel efficiency, save money on gasoline, and reduce our oil use,” said Goldman. “When Americans begin planning for their next Memorial Day adventure, they should remember that a great way to have more money to spend on ice cream and sunscreen is to use less gasoline by investing in a fuel-efficient vehicle.”