Posted by ekeith on Tuesday, 02 July 2013 in Transportation 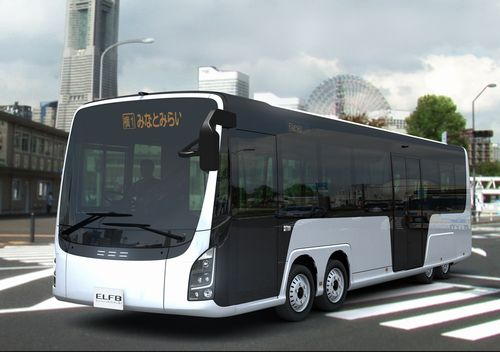 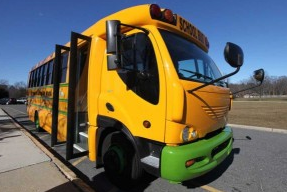 Renewable energy is America’s future. Climate change makes that inevitable. But America’s electricity grid will face tough new challenges as we transition away from dirty fossil fuels, and move toward clean technologies like wind and solar.

For the electricity grid to operate properly, supply must always be in balance with demand. Wind and solar are variable resources, although we are getting better at predicting their availability a day or more in advance. Utilities understand that incorporating renewables to the grid has its benefits, but in order to get the most out of these energy sources, technological innovation is needed.

Energy storage can allow supply at certain hours of the day to be held in reserve, and tapped to meet demand later. This makes it a unique complement to variable renewable resources like solar and wind. Utilities already use energy storage in the form of pumped hydropower, which pumps water uphill when energy supply is high, then allows the water to flow back down and generate electricity when it is needed. However, according to Scott Baker of PJM Interconnection, this process is expensive and is running out of room to grow in a renewable future. Enter an idea backed by National Strategies (NSI), PJM Interconnection, and Clinton Global Initiative with a creative solution: use electric school bus fleets as a big renewable energy storage battery.

When school buses are not picking up eager school children and dropping them off at school, what are they doing? What about during the summer? They are sitting in lots just waiting to be put to use. Why not take these diesel engine buses, convert them to an all-electric fleet, and allow them to store power from the grid for when it is needed?

“School buses are a really good opportunity for electric storage,” says Baker, “They have larger batteries with more energy capacity, they charge at night, and [they] are idle during the summertime.” He explains that PJM could really use the extra storage during the summer months when their system is at peak capacity.

The project will produce eight electric (EV) school buses to be placed evenly in two school districts. Once the buses are placed in the school system, the team will run a “project demonstration”. Kevin Matthews of National Strategies describes the demonstration’s main components. The first component will have the EV buses operating within the fleet, shadowing an existing diesel bus so the team can quantify the cost savings from reduced fuel and downtime. The second component will have the EV buses plug in while not in operation to see how much revenue is generated from storage. Afterwards, once the hard data has been gathered, the team will run an economic model to see how the EV buses stack up with current diesel school buses.

“We believe we will be able to show that the total cost of ownership will be close to or a little more than diesel,” Matthews says, “but the additional health impacts should push EVs over the hedge.”

While the economic benefits of the program have yet to be determined, the health benefits are undeniable. Exhaust from diesel school buses not only pollutes the surrounding environment, but also seeps onto the buses — posing serious health risks to our children. In a 2003 study, the California EPA Air Resources Board determined that “self-pollution” is a significant source of pollutant exposure, especially when the windows are up. The board also found that the increased pollutant exposure from riding diesel school buses increases a child’s risk of cancer (approximately 4 percent), lower respiratory symptoms (approximately 6 percent), and daily hospitalizations for asthma (approximately 1 percent).

There are other benefits to replacing diesel buses with EV technology apart from health benefits and renewable energy storage capacity. “[Electric buses are] quieter, cost less to operate, require less maintenance, and the fuel cost is one third the cost of equivalent diesel,” says Baker. School districts could certainly benefit from extra reliability and lower fuel costs — allowing them to divert money and resources away from getting kids to school and focus on keeping them there.

The project has its share of challenges as well. Baker explains that the biggest issue is that there are very few companies that produce electric school buses, making these buses relatively expensive. High up-front capital costs could be a significant barrier for adoption. However, the group is steadfast in their efforts, and believes their demonstration will prove that EV buses are a worthwhile investment for both school districts and utilities.

“We are trying to change a really old industry,” Baker says, “That takes a lot of time and education. Educating the youth is a really good way to educate everyone else.” Similar to the recycling campaign of the 90’s — where kids went home and told their parents what they had learned about recycling — Baker hopes children will return home and spread the good news of clean energy from electric buses. Getting parents involved will be key to expanding the project in the future.

“This is about getting kids off of diesel school buses,” said Matthews, noting that Frito Lay now produces goods in a near zero emission environment, “If Frito Lay can make an economic argument for potato chips then we can do the same for our students.”