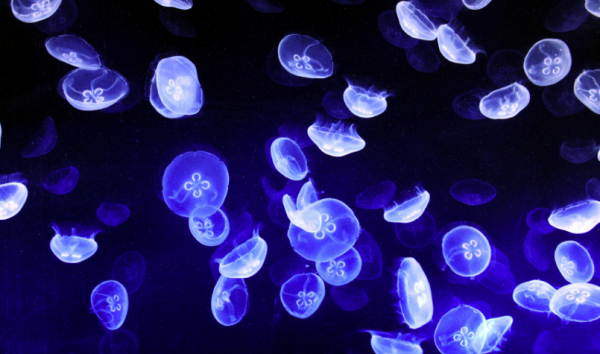 It may not be immediately apparent what jellyfish, human population growth and our protein diet have in common. Take a closer look, though, and all three offer warning signs that dramatic changes are on the horizon for us and our planet.

For aquarium fans, jellyfish are enchanting; for fishermen they can be costly and back breaking; for swimmers they can be painful, sometimes deadly. The rest of us don’t give them much thought.

Gershwin, author of “Stung! On Jellyfish Blooms and the Future of the Ocean,” calls these invertebrates harbingers of the health of the oceans, reports the CBC website.

Overfishing, warming seas and ocean acidification create marine environments in which jellyfish thrive and multiply, she noted, all of which result from human activity, directly or indirectly.

“They need something a little bit funky to set them into a cascade of events where they end up in control,” said Gershwin.

Unfortunately, these spineless, brainless creatures “take this damaged ecosystem and actually drive it to a much worse state,” she added.

“I think it’s a very scary thing that we could be heading back to a situation where jellyfish are dominating the oceans, but if we keep heading down the path that we’re currently on, I’m not sure I see very many alternatives,” she warned.

For those who are not marine researchers, it is easy enough to click on another news story or turn the page. More and more, however, the pattern is apparent, and it’s not hard to connect the dots.

Warming temperatures, changing climate, bigger cities, degradation of ecosystems worldwide and over-exploitation of resources as our planet becomes home to more people in need of food, shelter and employment.

The swelling human population is a critical threat to our planet. As Lester R. Brown explains in his new book, “Full Planet, Empty Plates: The New Geopolitics of Food Scarcity,” exponential population growth means we are pushing Earth beyond its limits.

“Throughout most of human existence, population growth has been so slow as to be imperceptible within a single generation,” writes Brown in the second chapter, “The Ecology of Population Growth.” “Reaching a global population of 1 billion in 1804 required the entire time since modern humans appeared on the scene. To add the second billion, it took until 1927, just over a century. Thirty-three years later, in 1960, the world’s population reached 3 billion. Then the pace sped up, as we added another billion every 13 years or so until we hit 7 billion in late 2011.”

Recent U.N. demographic projections forecast world population to reach 9.3 billion by 2050, according to Brown, one of the world’s top environmental policy experts and head of the Earth Policy Institute in Washington, D.C.

With more and more bodies to feed, clothe and put to work, we are consuming our planet, literally.

“One of the consequences of this explosive growth in human numbers is that human demands have outrun the carrying capacity of the economy’s natural support systems — its forests, fisheries, grasslands, aquifers and soils. Once demand exceeds the sustainable yield of these natural systems, additional demand can only be satisfied by consuming the resource base itself. We call this overcutting, overfishing, overgrazing, overpumping and overplowing. It is these overages that are undermining our global civilization,” explains Brown.

And as we overfish our oceans, clear our forests and overexploit our farmlands, the impacts are compounded by human emissions of gases and chemicals that warm the planet, resulting in global climate change.

Call it the jellyfish phenomenon. Human activities degrade ecosystems, destabilizing the complex interplay of relationships among species that have taken eons to reach equilibrium. Then erratic variations in temperature and precipitation put further stress on these ecosystems, creating the potential for the situation Gershwin describes, in which something goes “a little bit funky” setting off “a cascade of events” that can take a complex ecosystem, such as a body of water, and turn it to, well, jelly.

That “funky” something might be changing climate or an alien species, or a combination of the two. Gershwin cites the example of one species of jellyfish that was introduced into the Black Sea by accident in the 1980s.

“Within just a few years, it had taken over so completely with a double whammy of predation and competition that Mnemiopsis leidyi became 95 percent of the biomass in the Black Sea. Ninety-five percent of every living thing was this one species of jellyfish.”

Entrepreneurs might see this as a perfect opportunity to find a market for jellyfish spread and make a killing, but the killing has already been done. Once an established ecosystem — whether marine, freshwater or land-based — loses its complex web of interrelated and interdependent species, that ecosystem is gone for good.

Gershwin “fears that the biodiversity of the world’s water will eventually resemble that of the Precambrian era, when oceans were ruled by jellyfish and mammals and reptiles did not exist,” reported the CBC.

But not just the oceans are at risk. Ecosystems across the planet are threatened, and many species on the verge of extinction.

This biodiversity is not a priority for most countries, but fortunately it is for scientists.

Earlier this month, a group of 19 researchers representing leading institutions around the world published a paper that highlights the potential biodiversity losses we now face due to changing climate.

To date, research has mainly focused on measuring exposure to climate change while ignoring differences among species that may reduce or increase their vulnerability. The paper “Identifying the World’s Most Climate Change Vulnerable Species: A Systematic Trait-Based Assessment of all Birds, Amphibians and Corals” takes up the latter approach with a new framework for “assessing three dimensions of climate change vulnerability, namely sensitivity, exposure and adaptive capacity.”

In what they call “the largest such assessment to date,” the authors have used their framework to survey 16,857 species of birds, amphibians and corals, and what they report is both eye-opening and alarming.

The researchers found that areas with high concentrations of species with the highest sensitivity to climate change and the lowest adaptive capacity are different from areas where species are “highly exposed,” the areas that until now have been given much of the attention.

They also identify areas where “exposure-based assessments alone may over- or underestimate climate change impacts.”

Not surprisingly, they found that if we burn less fossil fuels we will save species. “Fewer species are highly climate change vulnerable under lower … emissions scenarios, indicating that reducing greenhouse emissions will reduce climate change-driven extinctions,” explain the authors.

As the research identifies species with high vulnerability to climate change and areas of the planet where they are concentrated, the framework can be used to focus conservation activities more carefully on species and the areas of greatest concern, helping nations decide where to focus their conservation funding. (The article is available at www.plosone.org, an open-access database.)

Such research offers hope for developing appropriate, cost-effective approaches to protect species, but only if governments begin to focus on environmental conservation and protection as priorities in developing economic programs.

For now, most politicians remain myopically focused on economic growth that follows the traditional paradigm of manufacturing, consumption and disposal, a dead-end path for a society already running up an environmental debt.

Brown doubts the UN’s prediction of a population of 9.3 billion by 2050, “given the difficulties in expanding the food supply, such as those posed by spreading water shortages and global warming. We are fast outgrowing the Earth’s capacity to sustain our increasing numbers,” he warns.

This month two of Brown’s colleagues at the Earth Policy Institute, Janet Larsen and J. Matthew Roney, have taken a closer look at where our protein diet is headed, in an article titled “Farmed Fish Production Overtakes Beef.” Larsen and Roney point out that demand for animal protein has grown fivefold since 1950, and that we are now pushing against the natural limits of the planet’s rangelands and oceans.

“The bottom line is that getting much more food from natural systems may not be possible. Much of the world’s grassland is stocked at or beyond capacity, and most of the world’s fisheries are fished to their limits or already crashing,” they point out.

Ignore Earth’s limits, and one day our primary partner sharing the planet might be jellyfish, and our main protein source could be soylent green, made famous in the 1973 science fiction movie of the same name, directed by Richard Fleischer.

Not familiar with the movie? Google it. It offers troubling food for thought. 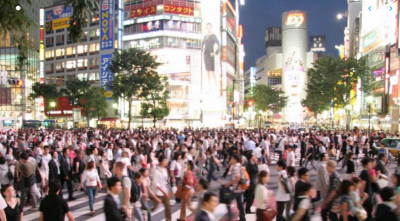