Posted by Wolf on Wednesday, 10 July 2013 in Human Health

Keystone XL Could Cause Severe Environmental and Health Damage 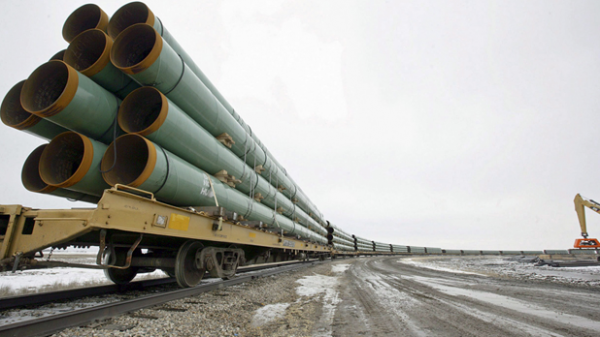 Last month, Obama was considering whether or not to approve the Keystone XLpipeline in his speech at Georgetown University in Washington D.C., declaring that the "net effects of the pipeline's impact on our climate will be absolutely critical to determining whether this project is allowed to go forward." He also states the project would be approved only if it "does not significantly exacerbate the problem of carbon pollution." The president is right to be skeptical of the zero-impact line toted by proponents of the pipeline.

If the project does move forward, it could create some alarming environmental issues that would be detrimental to both human and natures health. Laid out by the Environmental Protection Agency (EPA), are a few possible consequences the Keystone XL could impose: groundwater contamination, heightened carbon pollution in our atmosphere, and impact of tar sands.

The pipes carrying the oil run closely to the area's groundwater (drinking water) supply and may have the potential to crack, causing it to contaminate the neighboring Aquifer Ogallala. Contaminated groundwater can affect a variety of species, including humans, through different mediums such as direct water consumption, bathing in the water, and consuming other organisms already exposed to the pollutants. Through a process known as bioaccumulation, the toxin will increase in number of parts per million (ppm) as it climbs its way up through the food chain.  After acknowledging the potential dangers of Keystone XL being built near the Aquifa Ogallala, the EPA proposed a few alternatives. One of them was the Draft Supplemental Environmental Impact Statement (DSEIS) the Keystone XL could take in place of the the Ogallala Aquifer, which the EPA referred to as "the I-90 Corridor Alternative, that largely follows the path of existing pipelines." However, those who are responsible for the implementation of the plan will have to decide which pathway to use.

One of the delays in the construction of the new pipeline is its possible abundant increase in carbon pollution. According to the EPA, the carbon emissions from the oil sand crude alone would increase 81% more than normal crude, and if the greenhouse gas emissions haven't decreased any time soon, in approximately 50 years Keystone emissions have the ability to be about "935 million metric tons." Carbon dioxide is one of 7 greenhouse gases and is a contributor to climate change.

Another possible consequence are tar sands, a combination of clay, sand, water, and viscous oil known as bitumen. Due to its thick coating, bitumen must be diluted to form a thinner substance:dilbit. The diluted bitumen generally sinks to the bottom of lakes and rivers, posing a hazard to the creatures who reside there. The dilbit is naturally composed of "benzene, polycyclic aromatic hydrocarbons (PAHs), and heavy metals" that will provide some detrimental intoxication to the species in the surrounding area.

I believe these along with other possible environmental impacts should be thoroughly and fairly weighted before coming to a decision on the pipeline's approval.