Posted by amandaevans on Sunday, 14 July 2013 in Mining

Ancient woodland in Kent to be destroyed for quarry site 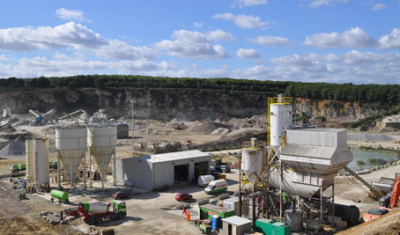 The first major test of controversial planning reforms in England has led to the approval for a stone quarry to be excavated in 80 acres of ancient woodland in Kent, leading campaigners to declare "no green space is safe".

The development of Oaken wood, near Maidstone, has been the subject of a fierce planning battle and Eric Pickles, secretary of state at the Department of Communities and Local Government (DCLG), granted final approval on Friday. The site hosts rare lady orchids, firecrests and nightingales and a wildlife survey found six bat species, 37 bird species, as well as lizards and important plants. The new quarry will be an extension of an existing site, which produces Kentish ragstone, a limestone used for aggregate and building stone which in the past was used in Westminster Cathedral and the Tower of London.

"This is a landmark decision, but for all the wrong reasons," saidWoodland Trust chief executive, Sue Holden. "This so-called greenest government ever stated that the new National Planning PolicyFramework would give sufficient protection to irreplaceable habitats such as ancient woodland. It clearly does not – it seems no green space is safe."

A DCLG spokesman said: "This planning application for an extension of an existing quarry was supported by Kent county council, local MPs and English Heritage. The land will be restored in due course to native woodland."

The Gallagher Group, which runs the quarry, did not respond to a request for comment but state on their Oaken Wood website: "There can be no disputing the fact that our built environment requires construction materials. If not satisfied from local sources [it] would be imported into the county over long distances adding to cost, availability and environmental damage."

The changes to national planning policy, aimed at encouraging development and economic growth, resulted in huge protests from the National Trust and many conservation and countryside groups. Ministers made concessions and, setting out the NPPF in March 2012, then planning minister Greg Clark said: "Too many of our habitats have been degraded and nature driven out … The final framework recognises the intrinsic value and beauty of the countryside, whether specifically designated or not."

However the final NPPF rules state that planning applications should not destroy irreplaceable habitats including ancient woodland "unless the need for, and benefits of, the development in that location clearly outweigh the loss".

In Pickles's letter granting permission for the new Oaken Wood quarry, he writes: "The very considerable need for both crushed rock aggregates and dimension stone, together with the eventual biodiversity improvements, and the ongoing socioeconomic benefits, would clearly outweigh the loss of the ancient woodland and the other adverse effects of the development in this case."

Holden said: "We are extremely concerned now that this outcome could define the level of protection given to ancient woods and indeed all irreplaceable habitats in all future planning decisions across England. With just 2% ancient woodland cover remaining, we can not afford to lose any more. Ancient woodland is irreplaceable and, as such, no mitigation exists for its loss."

The Woodland Trust said that in the past 10 years, more than 600 ancient woods have been threatened, with over 100 suffering loss or damage as a consequence.