Posted by rackfokus on Thursday, 25 July 2013 in Agriculture 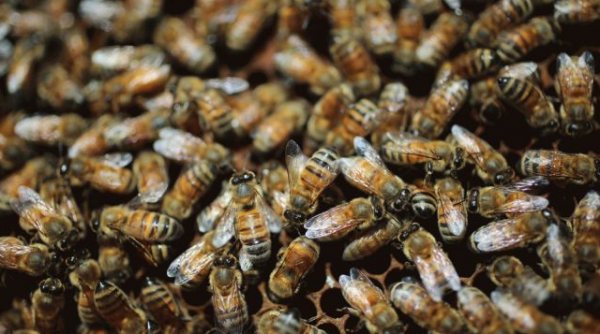 Washington, DC--(ENEWSPF)--July 24, 2013. Gina McCarthy, a veteran environmental regulator and President Obama’s pick to run the U.S. Environmental Protection Agency (EPA),  finally had her appointment confirmed by the U.S. Senate after an almost five month delay imposed by Senate Republicans. Ms. McCarthy’s appointment got caught up with other cabinet appointments that Republicans were blocking. News of her confirmation was applauded by environmental groups who urge her to focus of several key environmental issues before the agency including climate change, farmworker justice, and pollinator protection.

Last Friday the Senate confirmed Gina McCarthy to lead EPA, ending the agency’s longest period without a permanent administrator and closing the door on a contentious dispute over votes on executive nominees. Ms. McCarthy, who currently heads the agency’s Air and Radiation Office, was confirmed on a 59-40 vote. Ms. McCarthy will succeed Lisa Jackson, who stepped down in February, and replaces acting Administrator Bob Perciasepe. The Senate Environment and Public Works Committee cleared Ms. McCarthy’s nomination in May.

Environment and Public Works Chairwoman Barbara Boxer (D-Calif.) said ahead of the vote that the Senate could “not have a more qualified, more bipartisan nominee,” noting that Ms. McCarthy had worked for Republican governors in Massachusetts and Connecticut. Senator Boxer also slammed Republicans for holding up the nomination because of problems they have with the agency, not with the candidate. Environmental organizations see her as a key ally in efforts to limit greenhouse gas emissions from power plants over the next few years, but she has also won praise from business officials who view her as open to compromise.

Administrator McCarthy now has a tough job ahead of her. She will oversee the effort President Obama announced in a recent speech on climate change to develop regulations designed to cut carbon dioxide emissions from existing power plants.

Environmental organizations are calling on her, as they did with her predecessor, to focus resources on addressing the pollinator crisis, specifically the negative environmental and economic impacts of outdoor uses of the EPA-approved neonicotinoid insecticides: imidacloprid, clothianidin , thiamethoxam, dinetofuran and acetamiprid, which have been linked to bee declines across the globe.

Earlier this month, environmental and advocacy organizations in a joint letter urged President Obama to direct EPA  to follow Europe’s lead in suspending certain neonicotinoid pesticides uses, but requests even more protective measures, including a minimum two-year suspension for all outdoor uses of neonicotinoid insecticides pending resolution of their hazards to bees and beneficial organisms. Highlighting the negative environmental and economic impacts of EPA-approved neonicotinoid insecticides, as well as a recognition that the initial risk assessments for these chemicals fail to adequately consider key risks to bee health, the letter to President Obama notes that it “would not be responsible to continue to allow these threatening compounds to be used so broadly.”

According to the groups, EPA has refused to exercise its regulatory power to address the major contribution of these insecticides to bee declines. Instead, EPA has pointed to dust coming off of planters used by farmers, pathogens, bee nutrition, and factors outside the agency’s authority, while failing to adopt measures that could offer long-term sustainable protection of bee populations. The letter also cites emerging science that documents extensive surface water contamination and impacts on non-target organisms, such as aquatic invertebrates, birds and other pollinators.

Urgent action is also needed to protect the health of farmworkers and their families. In February 2013, a coalition of environmental and farmworker organizations submitted a letter to the Environmental Protection Agency (EPA), urging the agency implement long overdue revisions to the Worker Protection Standard (WPS) of the Federal Insecticide, Fungicide and Rodenticide Act (FIFRA). An estimated 5.1 billion pounds of pesticides are applied to crops annually in the U.S., and farmworkers face the greatest threat from these chemicals than any other sector of society, with thousands of farmworkers each year experiencing pesticide poisoning. The federal government estimates that there are 10,000-20,000 acute pesticide poisonings among workers in the agricultural industry annually, a figure that likely understates the actual number of acute poisonings since many affected farmworkers may not seek care from a physician. As a result of cumulative long-term exposures, farmworkers and their children, who often work on the farm or live nearby, are at risk of developing serious chronic health problems such as cancer, neurological impairments and Parkinson’s disease.

Farmworkers and advocates are calling for the following changes to the Worker Protection Standard:

After a 2010 EPA document proposed WPS that would determine ways to increase training, improve safety requirements, provide clear emergency information, and create strong protection for applicators, the agency has abruptly changed course. But a handout distributed at a 2012 EPA meeting downplayed the details within those goals, calling into question the agency’s previous commitments

Environmental organizations have been frustrated by years of unresponsive regulators and hope that Administrator McCarthy will use her leadership to increase protections for human health and environment that have been ignored, removed, or spent years in the system waiting for action.