Posted by amir on Monday, 27 August 2012 in Water Conservation

EPA Says Water Is A Pollutant? 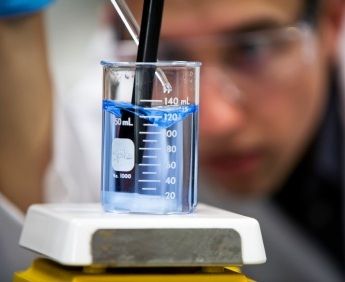 The EPA has declared water, the substance the Clean Water Act was created to protect, a pollutant - and it is getting the federal government dragged into court.

How so?  They are requiring Fairfax County, Virginia, to artificially control the flow of water in Accotink Creek watershed because that is their solution to managing sediment; too much water is a pollution problem, they claim, and it needs to be fixed.   But the EPA has far overreached itself, local officials claim, and that has created strange bedfellows.  The Democrats on the Board of Supervisors have joined with Republican state Attorney General Ken Cuccinelli, even though they acknowledge that in an election year that is bad form, especially when the EPA is a frequent hot spot in the culture war between science and environmental activism.

What?  Politicians broke ranks with their party to protect their constituents against intrusive EPA mandates that will improve nothing?  That whooshing sound you hear is half of America moving to Fairfax County, Virginia.

“When people talk about federal agencies running amok, this is exactly what this looks like,” Supervisor John C. Cook told Fredrick Kunkle at the Washington Post. “The EPA’s overreach is so extreme that the Democrats on the board realized that, even in an election year, they had to do this for the county.”

The EPA says sediment is the issue and are mandating that Virginia fix it - at a cost of up to $500 million(!). They basically want to stop water from flowing but most worrisome is that the EPA can just hand down a regulation and force the state to buy up private property for new water facilities and it might not even work, meaning more costs in the future

Wait, doesn't the EPA instead make demands when pollutants go into water?  They control how much water nature produces now too?  This is where it gets a little weird.  It wasn't determined by science, it was determined by another lawsuit.

In the 1990s, the American Canoe Association sued the EPA because they did not like the Virgina plan for cleaning up 'pollution' in Accotink Creek. The EPA strangely settled and entered into a consent decree which they never showed anyone in Virginia - it simply established a timeline that the state and Fairfax County had to follow.

The EPA's environmental rationale was that the creek had "benthic impairment”, a decline in the benthic macroinvertebrate population - not enough worms, crayfish and other critters - due to sediment, which is a pollutant under the Clean Water Act.  How is 'impairment' determined and what does that have to do with canoes?  Virginia's water quality standards specify that surface waters are for "recreational use" (like canoeing) and "aquatic life use" (critters).  All canoe people had to claim was that their canoeing was impaired and they can sue - and get a settlement that is handed down from the EPA. Who determined the benthic impairment baseline level?  The EPA.

The EPA is not directly saying they want better canoeing, that is not their jurisdiction, they claim this is about pollution - what you and I call water. They claim water is what they discovered when searching "stressor identification" (the pollutant), what causes the creek to exceed the benthic impairment Total Maximum Daily Load (TMDL) allowable. Less water will equal more worms, they believe. And up to $500 million of hassle and cost for local taxpayers.  The problem is that the EPA has no evidence at all that spending the $500 million will actually fix the worm problem, biology does not work that way.

Not all the politicians in Fairfax County agree with the lawsuit decision. Fairfax County Supervisor John W. Foust (D) doesn't like Cuccinelli, so he put his feelings ahead of his voters and their hundreds of millions of dollars in potential costs so he could stick it to a Republican.  That's more like what we have come to expect from politicians.