Posted by plantitfilm on Tuesday, 20 August 2013 in Animals

Can We See Our Hypocrisy to Animals? 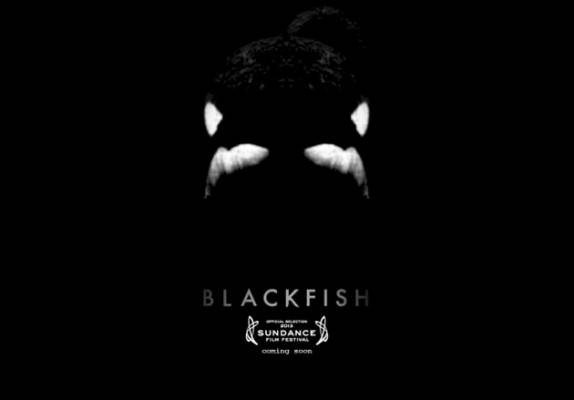 A new documentary, “The Act of Killing,” explores the human capacity for mass murder. It addresses the Indonesian fratricide of the mid-1960s, in which a million people may have been killed.

The slaughter was monstrous, but it was also mystifying — which is the way it often is. I’ve interviewed war criminals in a half-dozen countries, and it’s always bewildering how the nice old person across from me, so graciously concerned with how much milk I want in my coffee, could have committed atrocities.

The puzzle of such episodes is that otherwise good and decent people were so oblivious to the abhorrence of what was going on. So I was struck that the same section of this newspaper that carried a thoughtful review by A. O. Scott of “Act of Killing” also reviewed another documentary. That one was “Blackfish,” and it looks at the SeaWorld marine park and its (mis)treatment of orcas.

Orcas, also known as killer whales, are sophisticated mammals whose brains may be more complex than our own. They belong in the open sea and seem to suffer severe physical and mental distress when forced to live in tanks. Maybe that is why they sometimes go berserk and attack trainers. You or I might also go nuts if we were forced to live our lives locked up in a closet to entertain orcas.

SeaWorld denies the claims, which isn’t surprising since it earns millions from orcas. Two centuries ago, slave owners argued that slaves enjoyed slavery.

The juxtaposition of the two reviews made me wonder: Some day, will our descendants be mystified by how good and decent people in the early 21st century — that’s us — could have been so oblivious to the unethical treatment of animals?

There certainly has been progress. Centuries ago, a European game consisted of nailing a cat to a post and head-butting it to death without getting your eyes scratched out. These days, torturing animals is a crime.

Peter Singer, the Princeton philosopher, published his landmark book “Animal Liberation” in 1975, and, at first, the idea was regarded as a quixotic source of amusement.

Who would have thought then that today we would be discussing the rights of killer whales, or that the National Institutes of Health would be halting most lab experiments with chimpanzees? Who could have imagined that Burger King would now be buying cage-free eggs out of concern for hens? Or, more accurately, out of concern for tens of millions of customers who empathize with hens?

“There are still tens of billions of animals suffering horribly in factory farms every year, around the world,” Singer told me.

Big Agriculture has dug in its heels, backing “ag gag” laws that punish whistle-blowers who secretly document abusive conditions for livestock or poultry. The House of Representatives recently had the gall to amend the farm bill so as to nullify many state laws protecting farm animals. “In a single legislative act, it could undo two decades of state lawmaking to protect animals,” said Wayne Pacelle, president of the Humane Society of the United States; let’s hope the Senate-House conference committee will drop this amendment.

A surprising force for positive change has been food companies, responding to consumer pressure. In 2013, so far, there have been commitments to stop using pork from gestation crates (which don’t allow sows to turn around) from General Mills, Tim Hortons, IHOP, Applebee’s, Marriott and Au Bon Pain.

McDonald’s, Burger King, Wendy’s, Safeway, Oscar Mayer, Costco and others had announced in 2012 that they would move away from gestation crates.

Europe has also already moved decisively to improve animal welfare. Most astonishing, a grass-roots animal rights movement has emerged in China, winning a battle this year against companies that cruelly “milk” bears of bile to sell for quasi-medicinal purposes.

Look, I confess to hypocrisy. I eat meat, albeit with misgivings, and I have no compunctions about using mousetraps. So what? We have the same inconsistencies, controversies and hypocrisies in dealing with human rights. We may disagree about waterboarding terror suspects, but almost everyone shares a revulsion for genocide, the use of poison gas or the torture of children.

Now we are plodding along a similar controversial, inconsistent, hypocritical — and progressive — path on animal rights. We may disagree about eating meat, but growing numbers share a disgust for extreme behavior, like the force-feeding of geese (now banned in California) to produce pâté.

We as a global society have crossed the Rubicon. We disagree about where to draw the line to protect animal rights, but almost everyone now agrees that there is a line to be drawn.

May our descendants, when, in the future, they reflect uncomprehendingly on our abuse of hens and orcas, appreciate that we are good and decent people moving in the right direction, and show some compassion for our obliviousness.