Posted by plantitfilm on Saturday, 22 February 2014 in Environmental Heroes

Can Green-Films Save the Planet? 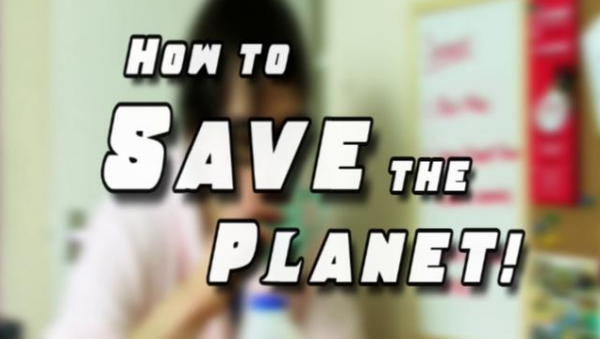 The Pacific islands of Tuvalu are threatened, as David Attenborough explains in his DVD 'The Truth About Climate Change'

Environmental concern and climate awareness is becoming big business. Alongside rising sales of wind turbines and solar panels, one of the most lucrative revenue channels is the eco-documentary, sales of which – on TV, in cinemas and most notably on DVD – have skyrocketed as consumers look to open their eyes to a growing international problem and exploit a handy shorthand way to prove their green credentials.The film credited with kickstarting the market for eco-documentaries – indeed, with sparking the latest phase of the global environmental protest movement – is Al Gore’s incendiary ‘An Inconvenient Truth’. The movie earned $49 million at the US box office alone, extraordinary business for what is essentially a filmed lecture given by the former vice president, who interweaves stark empirical truths about the impending climate catastrophe with more personal observations about humanity’s place in the natural world. But can such movies, however hard-hitting, really make a difference? Sir David Attenborough, whose BBC documentary ‘The Truth About Climate Change’ has recently been released on DVD, thinks so. ‘Al Gore’s film certainly made a difference worldwide. It’s been so fast, there’s been this huge groundswell of popular opinion. People can see now that it’s not just a few crackpots getting hot under the collar. They realise this is serious.’It’s taken Sir David a long time to throw his hat into the climate change ring: what was holding him back? ‘Well, I knew about conservation issues from the 1950s onwards. But I suppose about eight to ten years ago I truly became aware of the seriousness of the issue. But I didn’t want to go out there and make all sorts of statements, I didn’t think it was my place, I’m not a climate scientist. Then about three years ago I saw a lecture in Liege which opened my eyes, there were so many facts and figures presented, charts of global weather changes taking place which tallied directly with the graphs of human population growth, and it seemed incontrovertible.’In the wake of Gore’s film, a number of similarly themed projects sprang into existence. The most high profile of these was ‘The 11th Hour’, which uses the recognisable face and voice of Leonardo DiCaprio to sweeten the bitter pill of a radical eco-agenda. Sadly the documentary relies much more heavily on sentiment than Gore’s film, fuzzying the facts and treating us to an endless and random selection of soft focus nature-doc images and enthusiastic talking heads.It didn’t take long for the opposing side to make their voices heard: ‘The Great Global Warming Swindle’ was the first and most high profile of a number of Gore-bashing documentaries that took the side of Big Oil and attempted to soothe public concern and get folk back in their gas-guzzlers. Thankfully, the majority of these titles sank without trace beneath the rising waters of public concern.But although the celeb-doc aspect of the movement may be a modern phenomenon, films aimed at raising ecological awareness are nothing new. Movies as diverse as kids’ cartoon ‘Ferngully: The Last Rainforest’ and ‘70s animal-horror classics like ‘Frogs’ and ‘Piranha’ have willingly exploited the theme, as did Roland Emmerich’s enjoyable but woolly-headed climate change blockbuster ‘The Day After Tomorrow’. Last week saw the release of M Night Shyamalan’s ‘The Happening’, in which eco-terrorism is flipped on its head and the biosphere begins to exact bloody revenge.Perhaps the most memorable of these films is John Boorman’s gorgeously photographed labour of love, ‘The Emerald Forest’, which receives a welcome DVD re-release next month. The film concerns a boy kidnapped by Amazonian Indians whose father, an engineer, comes to realise his own culpability in the ongoing destruction of the rainforest. ‘I’ve always been an environmentalist,’ Boorman enthuses, ‘and my particular interest is trees. The Amazon, and the rainforest that straddles the equator, is a kind of lung for the planet, so vital to our existence.’So, with such important issues at stake, does Boorman believe that fiction can have as great an impact as a documentary? ‘I think the effect is that you make a film which affects people emotionally, so the next time they read something about the rainforest being destroyed they have an emotional commitment to it. That’s what fiction can do, it makes people look at these issues in an emotional, rather than just an intellectual way.’It seems likely that DVD and television companies will keep producing ecological documentaries as long as the issue remains relevant and sales remain high. The concern is that, once the fuss surrounding these films has died down, the public will forget about the climate-change issue, as they have with so many other celebrity-endorsed political and cultural movements. But Sir David, for one, intends to keep promoting this vital issue, and not for any reasons of personal gain. ‘I’m well aware that as a television personality I have a certain amount of bogus authority. The mere fact that you’ve got this exposure means people take more notice of you than the government chief scientist or someone who genuinely knows what they’re talking about, climatologists and climate chemists, which is of course absurd. But if you do think this is an important issue, and I most certainly do, then you should play your part in it with the appropriate modesty, and not get it confused with your public reputation.’