Posted by Debs Bru on Friday, 10 May 2013 in Green Products/Services 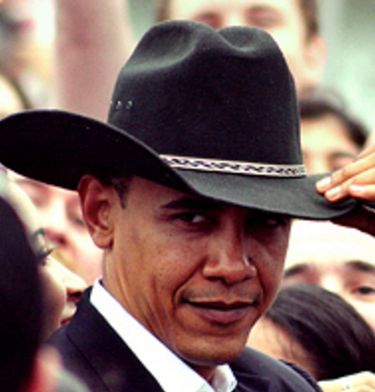 The president chose the bustling Texas capital as a backdrop to refocus on higher wages, education and a manufacturing-driven agenda that had been eclipsed by his struggles over gun control and spending cuts and his push for an overhaul of immigration laws.

"You might not know this, because if you listen to all the doom and gloom in Washington and politics, and watching cable TV sometimes you might get kind of thinking nothing is going right," Obama said at a technology high school. "The truth is there's a lot of reasons for us to feel optimistic about where we're headed as a country."

"Thanks to grit and determination of the American people, we cleared away the rubble of the worst economic crisis in our lifetime," he said.

Still, Obama said that while housing markets are improving, corporate profits are skyrocketing and the energy and auto industries are thriving, there remains a need to boost the middle class.

The president's visit to Austin is the first in a series of field trips aimed at giving a high profile to the economy and jobs, issues still clearly at the forefront of the public's concerns.

"We want the next revolution in manufacturing to be made in America," he told plant workers.

By traveling to Texas to begin this renewed attention to his jobs initiatives, Obama chose a state represented by two of the most conservative Republican members of the Senate -- John Cornyn and tea party hero Ted Cruz. Texas also has the second-highest Hispanic population in the country, an attractive demographic group for Democrats and a key audience for Obama as he also pushes for an overhaul of immigration laws.

The emphasis on jobs and on the needs of the middle class comes amid signs that the economy is continuing to recover, that the private sector is hiring, and that the stock market is maintaining a record-setting pace. But Obama is not necessarily benefitting from those trends, and hidden behind the positive numbers are stagnant wages, reduced working hours and low-wage hiring. With a 7.5 percent unemployment rate, nearly 12 million Americans are out of work.