Posted by plantitfilm on Thursday, 08 August 2013 in Fossil Fuels 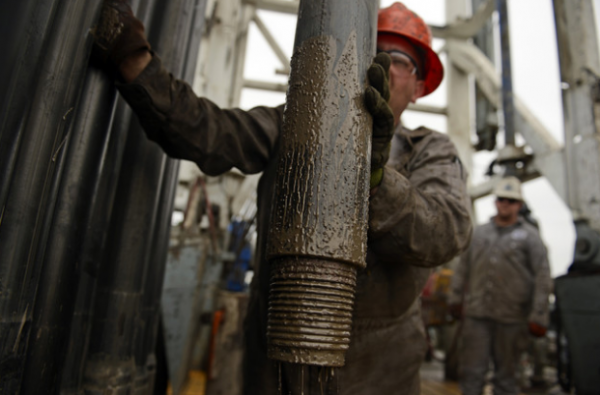 New rules governing oil and gas extraction in Colorado may increase the review period for permits and add to a backlog of well applications as energy exploration proceeds at a pace to eclipse last year’s record.

The new regulations by the Colorado Oil and Gas Conservation Commission, which went into effect Aug. 1, would require wells to be at least 500 feet (152 meters) from the nearest occupied building and mandate pre-drilling notice for nearby landowners and measures to reduce noise, odors, dust and light.

Technological advancements in hydraulic fracturing or fracking, in which a mixture of water, sand and chemicals is injected underground to break shale formations so oil and gas can flow to the surface, pushed permits for horizontal wells in Colorado to a record level in 2012. Permits for such wells have already exceeded that pace this year.

“Many thousands of Colorado families have been devastated by fracking in their neighborhoods and by fracking on their property,” said U.S. Representative Jared Polis, a Boulder Democrat. “The state doesn’t really have the right process around fracking.”

Polis came in direct contact with the oil boom when a towering drilling rig appeared July 18 about 50 feet from the driveway of his 50-acre (20-hectare) weekend retreat. The rural enclave is about 46 miles (74 kilometers) north of Denver in Weld County, home to the state’s largest number of oil wells.

“It can pop up as it did for me at the foot of our property without any warning,” Polis said.

The rush to drill in the Niobrara formation, located thousands of feet under the state’s eastern plains, is leading to a backlog of permit applications at the oil commission.

Fracking pushed oil production in Colorado to its highest level in 55 years in 2012. The state is the nation’s fifth-largest producer of natural gas and ninth-biggest oil producer.

The oil commission “is adequately staffed to handle the permitting workload,” Matt Lepore, director of the agency, said by e-mail. “Over the past 18 months, our processing time for both oil and gas location assessments and drilling permits averages 36 days, which is well within reason given the detailed review that we give these permits.”

Lepore said he expected permit processing times to increase in the short term as the commission makes numerous changes to the rules, including greater documentation requirements for how wells are situated in regard to surrounding structures.

“Horizontal wells and associated spacing issues can increase the number of issues that the operators and staff must resolve,” Lepore said. “Any increase in the time necessary to process permits is likely due to resolving questions.”

The commission had a backlog of 404 drilling applications in June, according to a July 29 staff report. Energy statistics compiled by the commission show it is on pace to approve the highest number of permits for horizontal wells in the state’s history.

The agency has approved drilling 1,201 horizontal wells this year through yesterday, compared with 1,190 permits in all of 2012. The number of permits is about 13 times higher than in 2008, records show.

Horizontal wells comprise 53 percent of all those permitted in Colorado so far this year, Lepore said. Companies are turning to this technique, in which a well is sunk and then angled horizontally through a formation, to make them more efficient and increase production.

Production of Noble Energy Inc. (NBL:US)’s horizontal wells in the Denver-Julesburg Basin more than doubled in the second quarter from a year earlier, to about 50,000 barrels equivalent per day, company records show.

Noble plans to drill 300 wells in the basin in 2013, with a capital budget for the area of $1.7 billion, according to a presentation to investors in May. The company told analysts in December it would spend about $10 billion in the area between 2013 and 2017.

Anadarko Petroleum Corp. (APC:US), which holds about 350,000 net acres in the Wattenberg field, located in the Denver-Julesburg basin, invested about $3.3 billion in capital in the region from 2007 to 2012, according to the company’s website. The company drilled 83 horizontal wells in the second quarter and tripled production in the basin to about 52,000 barrels equivalent per day from a year earlier, according to a July 29 report.