Posted by wally on Sunday, 03 November 2013 in Energy Efficiency

Will your IPad Kill the Planet? 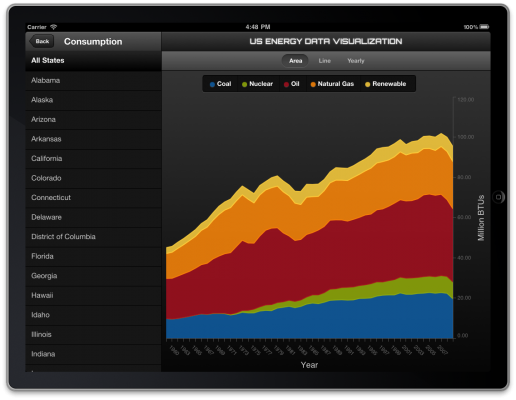 On Oct. 22, Apple released the latest iPad, but rival Samsung doesn’t seem to be too worried. The same day, Samsung Semiconductor held a memory solution forum at the Computer History Museum in Mountain View.

Industry leaders Cisco, eBay, Qualcomm, and others came together to discuss challenges and opportunities for advancing efficiency in the memory industry.

Former U.S. Secretary of Energy Steven Chu attended the meeting as a keynote speaker and talked about the importance of renewable energy in the IT industry. He shared ideas on how the IT industry could save energy.

Data centers are growing around the world, and will only continue to do so. Yet energy consumption in data centers is even greater than in office buildings.

“Energy efficiency in the communication world, you can save a lot of money,” Chu said. “Almost all the processors [in data centers] are on all the time. But they are not utilized all the time. They’re on just in case there is a surge needed.”

“One reason for thinking about energy efficiency in the information and communications world is ‘It’s the money,’” said Chu. “You can save a lot of money.”

He said that McKinsey did a study that found only 6 percent to 12 percent of the energy used by data centers is for making calculations or shifting data.

“So there’s lots of room for efficiency,” Chu said.

He also emphasized the need to “save our planet.” He mentioned that there is a delay in the greenhouse effect, or global warming, which many don’t realize.

“But there is a delay, because the bottoms of the oceans are very cold.”

He illustrated the situation of the oceans using an example from when he helped address the oil leak in the Gulf of Mexico in 2010.

“The surface temperature of the Gulf of Mexico was 86 degrees Fahrenheit, but where the well was leaking, it was 2 degrees above freezing. It doesn’t change from summer to winter; it takes 50 to 100 years depending on which ocean you’re in.

“Because of that, because it takes so long to warm up the ocean, the real damage that has already been done will not be known for 50 or 100 years,” he said.

Chu expressed hopes the IT industry will start utilizing highly energy-efficient technology. He also shared ideas such as creating computer chips to detect CO2 indoors, which can have air conditioning turned on only when needed.