Too Green to Be True 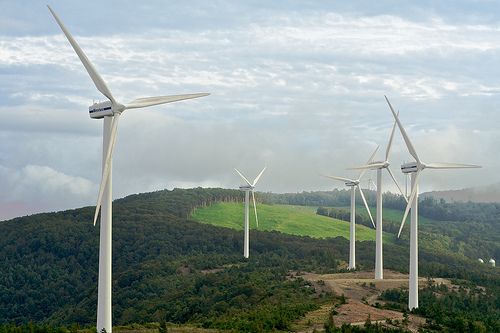 Renewable energy sources could allow for a prudent decrease in CO2 emissions while still powering a populous, electrified global economy. On The Pump Handle, Mark Pendergrast examines the proverbial canary in the coal mine, Japan. Wary of imported fossil fuels and burned by nuclear disaster, Japan is looking toward solar, geothermal, wind, water, and biomass-powered alternative energy sources. Wind, for example, could provide 10% of Japan's energy needs, but with blade-busting typhoons and fierce winter lightning storms, turbines must be more robust and adaptable than ever.

Mark writes, "wind power could literally begin to replace nuclear power plants, which are all located by the ocean with a good infrastructure in place to deliver power to the grid." Mark takes an in-depth look at all of Japan's wide-ranging energy efforts, and has also published a new book on the subject. Meanwhile, Ethan Siegel considers the latest claim of cold fusion on Starts With a Bang! He explains that atomic nuclei are quantum mechanical objects whose wavefunctions can overlap, meaning they "can tunnel into that energetically favorable state, and fusion can occur!" This improbable event befalls 1038 protons every second in the Sun, but has never been observed at cold temperatures. And while Ethan says it's theoretically possible, the recent claims of Andrea Rossi shouldn't raise your hopes.