Posted by Aaron on Monday, 25 February 2013 in Green Design

The Growth of Efficient Buildings 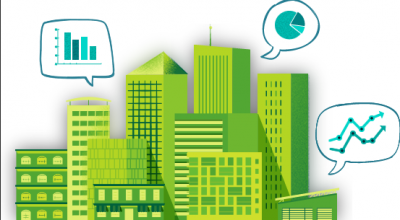 The area of building efficiency affords tremendous opportunities for both economic growth and reduced environmental impacts. Buildings are the single largest emitters of greenhouse gases. According to a UNEP study titled “Towards a Green Economy,” homes and businesses are responsible for 40 percent of the climate change causing carbon pollution. There is significant room for improvement in new construction and retrofits in homes, businesses, schools and other organization.

In addition to environmental benefits, there are powerful economic incentives driving efficiency. There are a wide range of new innovations from analytics to smarter sensor technologies that offer cost effective opportunities for improvement.President Obama has indicated that he will make building efficiency a priority in his second-term. Federal buildings efficiency initiatives are already underway and in 2013, the GSA and IBM are collaborating to radically improve the efficiency of the 50 most energy-intensive federal buildings in the U.S., including the White House.

Educational establishments are also helping to drive efficiency by forging curricula to teach students new skills. Top universities such as Carnegie-Mellon, Tulane, University of Arizona, Boston University and Columbia are leading the way as they create new cross-disciplinary majors in building efficiency. 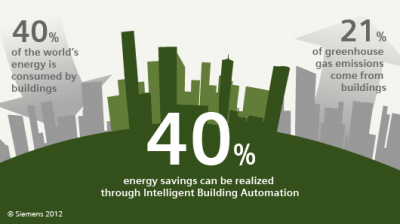 The potential savings from efficiency are huge, particularly when partnered with increased energy productivity. The Alliance Commission on National Energy Efficiency Policy released a report that suggested a strategy to double U.S. energy productivity by 2030. The commission is comprised of a diverse coalition of energy leaders including representatives from energy utilities, academia, industry and environmental groups.

The commission found that getting twice as much output could reduce U.S. carbon dioxide pollution by one-third below 2005 levels. Achieving the commission’s goal of doubling energy productivity by 2030 would also:

The Commission report suggests that there are more than $1 trillion in energy-saving opportunities with the right private sector, federal, state and local support. The ambitious yet attainable solutions proposed by the commission will drive innovation and technological advancements, which will modernize manufacturing and make the U.S. economy more globally competitive.

Although the U.S. is lagging behind other nations in terms of efficiency, there have been significant advances in recent years. As reported in Energy Manager Today, research from Bloomberg New Energy Finance and the Business Council for Sustainable Energy sees significant progress in recent years.  According to this study, technological innovations are making it possible to consume energy much more efficiently and with lower emissions.

Since the 1980s, energy intensity has decreased by over 40 percent. This is due to reduced consumption attributable to higher levels of efficiency in new buildings and improvements to hardware and operations relating to heating, ventilation and air conditioning within older buildings.

Although commercial buildings in 2012 have far more electricity-consuming appliances than its equivalent in 1980, improvements to HVAC and lighting have not significantly increased net electricity consumption per square foot.

There are significant efficiency incentives being offered by the U.S. Government. The US Departments of Energy and the Treasury are providing $150 million in tax credits for clean energy and energy efficiency manufacturing projects   The Advanced Energy Manufacturing Tax Credit program was established by the American Recovery and Reinvestment Act of 2009. The initial round provided $2.3 billion in credits to 183 projects. The $150 million in tax credits are what is left over.

According to another Energy Manager Today article, the American Council for an Energy-Efficient Economy (ACEEE) suggests that policymakers should consider increasing the federal tax incentive for energy efficiency in commercial buildings. The current deduction — $1.80 per square foot for buildings that reduce energy use by 50 percent relative to the requirements in the 2004 version of ASHRAE Standard 90.1.5

Legislation has been introduced to address these issues. The Commercial Building Modernization Act would increase the deduction for new buildings to $3 per square foot and adds a new deduction for existing buildings for achieving savings of 20 percent or more relative to the current consumption of the building, with the amount of the deduction increasing as the savings increase.

Yet another Energy Manager Today article quotes U.S. Energy Department statistics, which indicate that a typical residential or commercial building loses about 42 percent of energy through the building envelope (doors, roofs, attics, walls, floors and foundations). This is particularly true in the winter when heat loss through windows can account for as much as one quarter a home’s utility bill.

The Energy Department is investing $9 million including high-efficiency windows and HVAC systems. While there have been significant improvements in recent years the US Energy Information Administration expects that energy use per capita will continue to fall by an additional 15 percent through 2040.

In addition to federal government initiatives, individual states are also working to improve efficiency. According to a USGBC article entitled “States Open Doors for Green Building Growth,” since 2011 there are a number of new state laws that advance energy efficiency and green building.

Other findings in the report include:

To minimize costs and decrease environmental impacts, energy efficiency is destined to be an ever increasing concern. Assisted by new financing mechanisms, the building efficiency trend will continue to provide both economic and environmental benefits.

——————–
Richard Matthews is a consultant, eco-entrepreneur, green investor and author of numerous articles on sustainable positioning, eco-economics and enviro-politics. He is the owner of The Green Market Oracle, a leading sustainable business site and one of the Web’s most comprehensive resources on the business of the environment. Find The Green Market on Facebook and follow The Green Market’s twitter feed.