Posted by thatsenough on Thursday, 06 February 2014 in General Environment 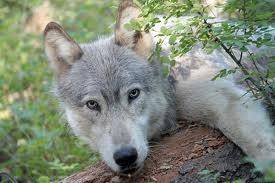 The big news on the environment beat Wednesday was the Oregon Department of Forestry's settlement of a lawsuit over the threatened marbled murrelet. The state agreed to cancel 28 timber sales on 1,956 acres of state forest to end the case brought by three environmental groups seeking to protect the seabird.

Here are some other stories that made news on the beat:

A train carrying crude oil – like those now passing through the Columbia River Gorge, North Portland and Highway 30 corridor – spilled 12,000 gallons of oil over 70 miles of track in Minnesota. The oil spilled in two rivers. (Minneapolis Star-Tribune)

What might be a new wolf pack has been identified in Eastern Oregon. Wolf tracks have been found near Medical Springs in Union County. (East Oregonian via EarthFix)

Klamath County declared a drought emergency because of the dry winter. The Klamath Basin's snowpack is 19 percent of normal. (Herald and News)

Washington state legislators are taking steps to increase regulations of crude-by-rail shipments there. One measure would increase reporting of oil shipments, which today aren't disclosed. (The Olympian)