Posted by GreenDog on Tuesday, 11 February 2014 in Food 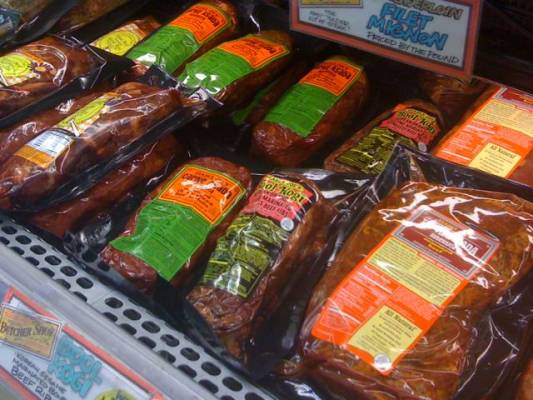 Consumers Union took out full-page ads Monday in The Denver Post and the Boulder Daily Camera, saying, "Trader Joe's, be an industry leader: Get your meat off antibiotics."

Consumers Union said it is pressing the issue because it claims that the routine use of antibiotics on healthy livestock is a public-health threat, making the drugs less effective for treating disease.

"The antibiotics we depend on to treat infectious diseases are losing their power," Jean Halloran, director of Food Policy Initiatives for Consumers Union, said in a statement. "We need to stop wasting these critical medications on healthy livestock. Trader Joe's can take an important stand for public health by no longer selling meat from animals that have been routinely fed antibiotics."

The consumer group said it is asking all retailers to change but is targeting Trader Joe's because the grocer's emphasis on private-label products "means it has more control over its suppliers and can use that leverage to increase supply and keep prices competitive."

Trader Joe's responded to the Consumers Union campaign by saying some of its meat is free of antibiotics and that the chain is seeking to develop additional sources for antibiotic-free products.

"When it comes to meat and poultry, Trader Joe's offers items from sources of a conventional nature (where antibiotics are likely used) and sources that do not use antibiotics (organic or explicitly labeled as antibiotic-free)," Trader Joe's said in a statement. "We work hard to offer products we think fit our customers' needs. We go to great lengths to make these (antibiotic-free) items as consistently available as possible and are focused on the value they present."

Halloran said Consumers Union in 2012 surveyed 13 of the largest national grocers, including Trader Joe's, and found that a majority of the grocers offered a few antibiotic-free meat and poultry products, although most contained antibiotics. Whole Foods was the only major chain in the survey that sold only organic, antibiotic-free meats.

In 11 Trader Joe's stores that were surveyed, there were an average of 17 antibiotic-free items out of a total of 191 meat and poultry products.