Posted by jonehopp on Monday, 31 March 2014 in Climate Change 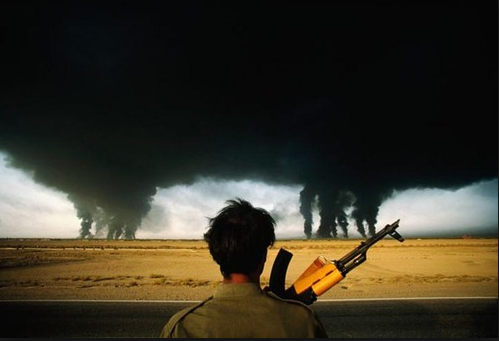 Scientists say there is a direct link between changing climate and an increase in violence, reinforcing a key finding of the latest IPCC report.

LONDON, 31 March - US scientists say there is evidence that a warming climate is closely related to political and social instability and a higher risk of conflict.

Professor Solomon Hsiang and colleagues  described in the journal Nature in 2011 how they had investigated whether anything linked "planetary-scale climate changes with global patterns of civil conflict".

They examined evidence of a possible link between El Niño, the periodic weather disruption off the Pacific coast of South America, which affects the weather and causes higher temperatures across much of the world, and its partner, the cooler La Niña phenomenon, with outbreaks of unrest.

After analysing data from 1950 to 2004, they found that "the probability of new civil conflicts arising throughout the tropics doubles during El Niño years relative to La Niña years."

They wrote: "This result, which indicates that ENSO may have had a role in 21% of all civil conflicts since 1950, is the first demonstration that the stability of modern societies relates strongly to the global climate" (ENSO, the El Niño/Southern Oscillation, is the scientific term for the cycle of alternating warmer and cooler years).

The work of Professor Hsiang and his colleagues predates one of the key conclusions of the latest report from the Intergovernmental Panel on Climate Change, entitled Climate Change 2014: Impacts, Adaptation, and Vulnerability, from the IPCC's Working Group II.

This details the impacts of climate change so far, the future risks from a changing climate, and the opportunities for effective action to reduce the risks.

The report says: "Climate change can indirectly increase risks of violent conflicts in the form of civil war and inter-group violence." It does not however argue that there is a direct link between climate change and conflict.

Professor Hsiang's study is cited in a report by a London-based group, the Environmental Justice Foundation, which works to protect the environment and to defend human rights. Its report, The Gathering Storm: Climate Change, Security and Conflict, says the world's major military powers increasingly regard climate change as a significant threat.

The EJF says: "In 2012, one person every second was displaced by a climate or weather-related natural disaster.

"With millions of people forced to move each year by rapid-onset climate-related hazards and slow-onset environmental degradation, social wellbeing, human rights, economies and even state stability are at risk...at the highest level, climate change is being assessed as a risk to national security and potentially to global stability."

It identifies several points of concern, including the shrinking of Arctic ice; competition over water resources in Central Asia; sea-level rises and small island developing states; and climate change-induced migration in the Sahel region of Africa.

"We find strong causal evidence linking climatic events to human conflict... across all major regions of the world"

The EJF report says that while climate change may not be the sole cause of conflict in future, it will play an increasingly significant role as "a threat multiplier".

It cites a 2013 study by Professor Hsiang and others published in Science, an analysis of data drawn from archaeology, criminology, economics, geography, history, political science, and psychology.

The authors write: "We find strong causal evidence linking climatic events to human conflict across a range of spatial and temporal scales and across all major regions of the world."

With the possibility of global average temperatures rising by 2-4°C this century, they conclude: "Amplified rates of human conflict could represent a large and critical impact of anthropogenic climate change."