Posted by EarthDude on Saturday, 05 April 2014 in Wildlife Conservation 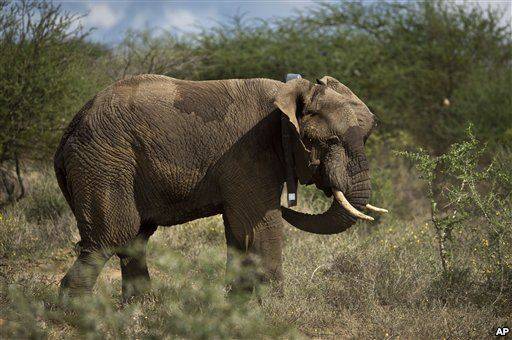 If you want to protect endangered species in the wild, don’t fence them in. An article in the journal Science says fencing can actually harm both animals and ecosystems. Scientists at the Zoological Society of London and the Wildlife Conservation Society say the use of fences to protect threatened species should be a last resort.

Researcher Sarah Durant said, “Fences by their nature will segregate habitats and that can actually be a real problem, particularly in drylands systems where wildlife often has to move quite large distances to access resources and water. So that in itself can be a problem. And then you have wide-ranging species, such as cheetah and wild dog, but also elephants as well, which need access to very large connected habitat for their survival.”

Fences are not very widespread right now in Africa. Durant said the biggest concentration is in South Africa.

“They’re often used basically for territory protection. So people will own private land and they build fences around their private land to protect wildlife as a resource within those areas.

However, she said there’s concern more fences may be built, as human populations spread further into wildlife habitats.

“Governments, for example, very often see fencing as a potential solution to addressing human-wildlife conflict. It’s seen as a solution that appears more straightforward than it is in practice. Once you put a fence up, then you have to maintain it. And if you don’t maintain it, you can end up with a situation where wildlife conflict could actually be higher than it was before.”

“Very marginalized communities that have problems meeting their own household needs in terms of food and nutrition – very often they will want to breach the fences to gain access to the wildlife. And also fence wire can be used to build snares and that can actually exacerbate a snaring problem.”

She said many communities have developed strategies over the years to deal with marauding animals, such as elephants. Coping skills they might lose if fences are built around their communities, and then the fences are breached by one or more elephants. What’s more, fences can build resentment in communities against conservation efforts.

Besides that, the wildlife researcher said fences can affect predator-prey dynamics.

“When you look at some of the densities of lions in fenced reserves what you find is that they’re actually kept at levels much higher than what the areas would be expected to support. So that suggests that it’s actually altering the predator-prey dynamics. And lions aren’t the only predators in ecosystems. You’ve also got other predators such as spotted hyenas, wild dogs,” she said.

Predators, such as cheetahs and wild dogs, need a lot of space.

Durant said one well-known fencing disaster occurred in the Kalahari. The fence was a veterinary cordon barrier. It was designed to separate wildebeests from cattle and prevent disease from being transmitted to cattle herds. What happened, she said, was the collapse of the wildebeest migrations in that region.

Instead of spending a lot of money to build and maintain fences, she said, invest that money in alternative approaches. These include improved animal husbandry, community-based crop protection, insurance programs and sensitive use of land to help prevent human-wildlife conflict.

The authors of the article do say fences can be valuable resources in some cases. They cited the protection of birds in New Zealand against foreign species -- and safeguarding wolves and lynx in Scotland.