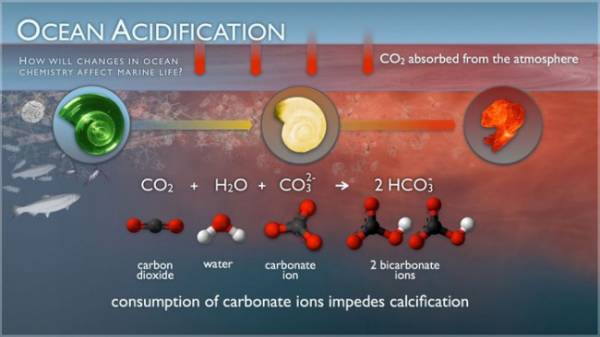 Change is taking place in the tropical Pacific Ocean, where NOAA (National Oceanic and Atmospheric Administration) researchers have found that carbon dioxide (CO2) concentrations have increased as much as 65 percent faster than atmospheric CO2 since 1998. Rising CO2 concentrations of this magnitude indicate that tropical Pacific waters are acidifying as fast as ocean waters in the polar regions, which may have grave repercussions for marine food webs, biodiversity, fisheries and tourism.

“We have a 30-year record of CO2 collected from instruments on ships, but this new data tell us the tropical Pacific has changed more rapidly in the past 14 years than observed previously,” coauthor and NOAA Senior Scientist Richard Feely was quoted as saying.

Amazing as it may seem, microscopic phytoplankton produce over half the oxygen in Earth’s atmosphere. Capable of manufacturing their own food from sunlight and chemical elements found in the oceans, phytoplankton are the primary producers that form the base of the marine food web. Many have calcium carbonate shells.

Ocean waters acidify when the amount of carbon dioxide in the atmosphere increases and the oceans absorb more of it. That threatens not only phytoplankton, but reverberates throughout the marine food web — threatening a wide variety of larger marine life, such as corals, oysters, clams and mussels, as well as marine species that feed or otherwise depend on these species for their growth, development, habitat and survival.

Suggestive of changes in store due to ocean acidification, marine scientists in 2008 reported finding that average shell weights of one large group of phytoplankton they surveyed, foraminifera, were 30 to 35 percent lower than those from specimens dating back thousands of years. Other scientists have predicted that mussel and oyster calcification could decrease significantly over the course of the 21st century.

Changes in the global carbon system

Moreover, the oceans collectively are the largest carbon sink on the planet, absorbing more than 25 percent of fossil fuel emissions annually, NOAA points out. That varies regionally, however. The tropical Pacific, which is responsible for 70 percent of annual variability in global oceanic uptake of CO2, is actually emitting CO2 into the atmosphere at an increasing rate. Hence changes taking place there can affect the global carbon system.

NOAA scientists tentatively attribute the rapid increase in acidity of tropical Pacific waters to a combination of human factors and natural environmental cycles. Higher winds have been prevalent across the region since 1998, a trend believed to be associated with a cyclical pattern of climate variability known as the Pacific Decadal Oscillation. These winds cause upwelling, a process whereby deep ocean waters high in CO2 are driven to the surface, where they mix with surface waters that are enriched with CO2 from human and natural sources.

Images courtesy of the National Oceanic and Atmospheric Administration