Posted by CHRISDANIEL on Tuesday, 13 May 2014 in Agriculture 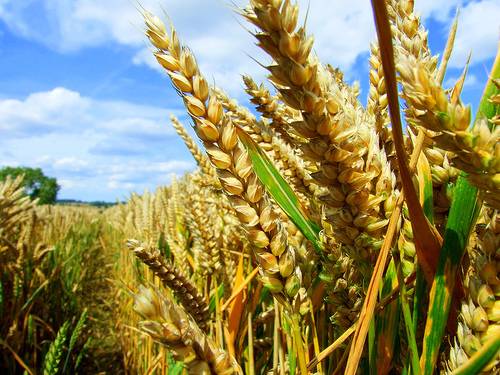 The US looks set to approve GM crops that resist the ‘Agent Orange’ pesticide 2,4-D as well as glyphosate, writes Helena Paul. If it does, the toxic chemical – created in WW2 to destroy enemy food supplies – will soon end up in animal feeds, and the food we eat.

We need a holistic and systems-based agroecological approach – not agriculture as a war on the land and people.

The main props of modern industrial agriculture, synthetic fertilisers and pesticides (both herbicides and insecticides) emerged from the World Wars of the 20th century.

They emerged from war and their use is a continual war – on the land, the soil, biodiversity and people. The impacts include illness and many deaths among people, and the destruction of the life of the soil, water, plants and insects.

A product of war, for war on the land

One of these agricultural weapons, 2,4-D (2,4-Dichlorophenoxyacetic acid) was first discovered during World War Two when, as reported by Orvin Burnside in The History of 2,4-D and Its Impact on Development of the Discipline of Weed Science in the United States:

“Kraus at the University of Chicago had observed since 1936 that certain growth regulators were phytotoxic (28). Kraus was aware of the inadequacy of existing herbicides, and in 1941 he was first to propose that growth regulators might work as herbicides, because they often killed test plants.”

Like its more potent relative, 2,4,5-T, 2,4-D is a synthetic auxin, or plant hormone that acts as a selective weedkiller. And as Burnside explains,

“In November 1942, the United States Army began developing Camp Detrick (later renamed Fort Detrick) in Frederick, Maryland, as the center for research and testing of chemicals for biological warfare with special emphasis on crop destroying chemicals.”

This research, authorised by the US Chemical Warfare Service, included investigating the use of 2,4-D and 2,4,5-T. After the war, Dow Chemical Company and Union Carbide acquired patents on some formulations of 2,4-D and the process of commercialization began.

Later of course, 2,4,5-T and 2,4-D, produced by Monsanto and Dow Chemical, were used in combination as Agent Orange and massively sprayed in Vietnam to defoliate the forests.

They also had the effect of destroying small-scale agriculture. As we now know, the 2,4,5-T was contaminated with a particular dioxin, leaving a terrible legacy of birth defects and disease.

Yet the US and Brazil are currently considering whether to approve GM crops that tolerate 2,4-D. How can this be? The reason is simple and shocking. It is because current GM crops, the majority genetically engineered to be tolerant to the herbicide glyphosate and first launched in 1991, are now failing.

The main reason is that many weeds have developed the ability to tolerate applications of the herbicide. This was of course predictable. The spraying of millions of gallons of toxic chemicals, often from the air, forces weeds to adapt or die, so they adapt.

Over the same period, Brazil, where GM crops are grown on 36 million hectares, has become the world’s largest user of agrochemicals. And herbicide use in the US has increased by an estimated 239 million kilograms.

During this time, several different kinds of weed resistant to glyphosate emerged, increasing year on year until now some 20-25 million hectares of US farmland may be affected.

The response has been to use older and more toxic herbicides such as 2,4-D in tank mixes of agrotoxics and to develop new ‘stacked’ GM seeds with several traits for resistance to different herbicides.

Now Dow Agrosciences, offshoot of the company that originally commercialised 2,4-D, seeks to release genetically engineered soybean and corn resistant to 2,4-D in Brazil, Argentina and the US.

It is estimated that releasing the 2,4-D products could increase the volume of herbicides prayed, possibly by up to by 50% - even though 2,4-D has negative impacts on crops, ecosystems, animals and people.

It is persistent in certain conditions, some formulations are very toxic to fish. It is highly volatile and implicated in cases of pesticide drift and destruction of other farmers’ crops and of course to biodiversity. [8]

… and a new herbicide for a GM crop / herbicide package

By doing this, it opens up the opportunity, long profitably exploited by Monsanto, to retain control of the system by creating packages of products under restrictive grower contracts that place responsibility on the grower, limiting the liability of the company, and increasing profits and control.

Violation may lead to legal action and severe financial sanctions. See this fairly typical agreement that regulates farmers use of a Dow Agro product.

US prepares to release crops tolerant to 2,4-D and glyphosate

On 28th April 2014, the US Environmental Protection Agency said it was planning to grant approval to Dow Agroscience’s new herbicide Enlist Duo.

This follows the indication from the US Department of Agriculture in January 2014 that it was minded to grant approval to Dow’s proposed GM crops resistant to 2,4-D and glyphosate. Together they are called the “Enlist Weed Control System”.

Ironically, in their petitions seeking ‘nonregulated’ status for these crops in the US, Dow Agrosciences cited many problems with glyphosate to bolster their claims for 2,4-D. Yet there are already weeds in the US that are resistant to 2,4-D.

Both glyphosate and 2,4-D have negative impacts on the environment and human health. What impacts they may have when used in combination has not been investigated.

These are numerous – and include the potential to cause birth defects and other developmental disorders (endocrine disruption), cancers, respiratory and allergic reactions, and to reduce the effective operation of the immune system.

There are many different manufacturers and formulations of 2,4-D and some products have been found to contain significant levels of dioxin, even though it was assumed that this problem had been solved, following the scandal of Agent Orange.

This sorry tale of a return to persistent old toxics for GM crops highlights the fact that industrial monocultures are the wrong kind of agriculture.

Real farming is multifunctional within the functions of the ecosystem. We need a holistic and systems-based agroecological approach – not agriculture as a war on the land and people.