Posted by Angel on Monday, 02 January 2012 in Sustainable Development

Chemistry as the language of life

Functioning largely by sight and sound, humans are poorly equipped to understand the importance of chemical signals among organisms. 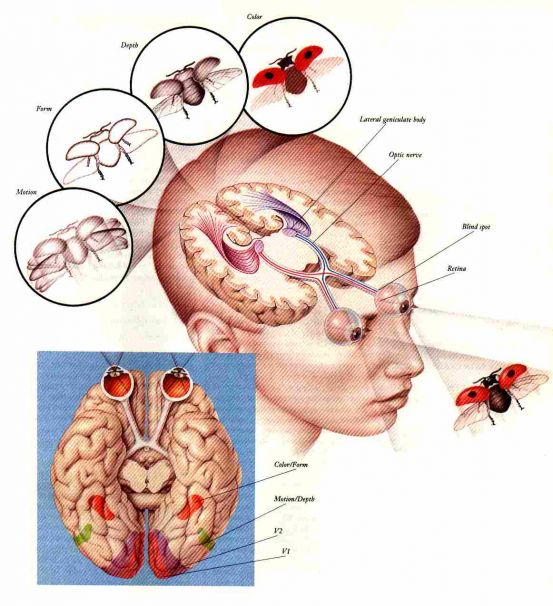 We pay to go to museums and concerts where we see and hear; we rarely pay to go to "displays" of smell. In contrast, most organisms have neither eyes nor ears; their world is governed by chemical senses.

Chemical cues and signals determine whether they eat, run from or mate with the thing next to them. These chemicals constitute much of the language in which the instructions of ecology, and life in general, are written. We are "chemical linguists" trying to translate these chemical signals to better understand how nature works, to conserve it, restore it and use its products for our benefit.

Seaweeds, and invertebrates like sponges, for example, that are attached to the bottom of the sea, produce toxic compounds to keep from being eaten by fishes.

However, these chemically noxious prey then become evolutionary opportunities for small consumers (think insects, but in the sea they are usually small shrimplike organisms, crabs or snails) that can gain protection from their own enemies by living on and eating these toxic prey that are not visited by fishes.

Several species of snails (sea slugs) eat nothing but these toxic seaweeds, sequestering the seaweed toxins and becoming well defended from their own predators. These snails no longer make shells (their sequestered toxins protect them, so why carry the heavy shell?) and several even sequester the photosynthetic machinery from their algal hosts, gaining much of their energy from stolen chloroplasts instead of from eating the seaweed. They have been described as "leaves that crawl."

Males of some marine species also smell and follow trails of females for mating. The females, in turn, can assess males by smell, detecting via chemical cues those males that are larger or stronger, or even those males that have more sperm to fertilize all of the female's eggs.

Some fire corals (corals that sting when touched) use the skeletons of inferior competitors to get up into the water column instead of investing in their own skeletons. These corals chemically sense that the inferior competitor is nearby, selectively grow toward that species and overgrow it.

Thus, chemical signals and cues play a large role in determining who eats whom, who mates with whom and who wins in competitive interactions.

In Fiji, we are assessing how seaweeds use toxins to damage and suppress corals.

To assess how different seaweeds affect common corals, we transplant coral fragments into small experimental cones, grow these corals on metal racks on the reef, and then transplant seaweeds against these to measure their effects on the corals over hours, days and weeks.

To evaluate the possible effects of shading and abrasion (as opposed to chemical effects) we included a "fake seaweed" that mimics the physical presence of a seaweed, but not its chemical effect (these are the white "seaweeds" in the photos).

Some seaweeds strongly affected corals (causing bleaching and death); the artificial seaweed did not.

For those seaweeds that affect corals, almost all effects were restricted to areas of direct contact; this suggested that a compound rubbed from seaweed surfaces was affecting the coral. When we used organic solvents to dissolve oil-like compounds from seaweed surfaces and incorporated these into gel strips made on plastic window screens and placed on corals, strips made with extracts from damaging seaweeds harmed corals.

Those containing extracts from seaweeds that did not damage corals had no detectable effects. The effects were initially measured as visible coral bleaching, but to prevent possible bias on our part, we moved to using an underwater pulse amplitude modulated fluorometer (a PAM meter) that measures the photosynthetic potential of the coral as a proxy for coral health.

This machine produced a more quantifiable measure of coral well-being. To date we have tested eight species of seaweeds against four species of corals. In general, some seaweeds are very damaging to all corals, and some are not. The corals that are most easily damaged are among the species that have shown the greatest declines in recent decades.

In a few cases, we have been able to separate, purify and identify the specific seaweed chemicals that are damaging corals.

We have also been evaluating which fishes consume the different seaweeds by outplanting seaweeds onto the reef and videoing fish responses to each seaweed.

Data are still being processed, but it appears that the most damaging seaweeds are consumed by only a very few species of fish, suggesting that limiting the harvest of these particular fishes might be helpful in preventing seaweed replacement of corals on tropical reefs.

* Mark Hay, a biology professor at Georgia Tech, writes from Fiji, where he is investigating coral-seaweed competition in the coral reefs.