Posted by GreenDog on Friday, 29 August 2014 in Wildlife Conservation 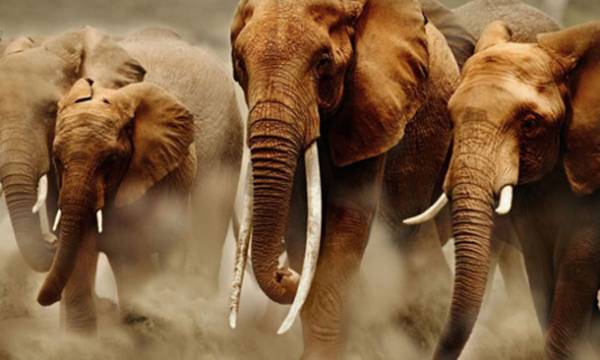 Poachers hunting for ivory illegally killed more than 100,000 elephants in Africa in a three-year period, a new CSU study says.

Scientists say it’s the first time they’ve ever been able to provide such a specific number of illegal elephant killings, and raises questions about the species’ survival when only about 500,000 elephants are still living in Africa.

“Even today, we don’t precisely know the number of elephants left in the world,” said study co-author George Wittemyer, a professor at Colorado State University. “It’s been a disaster.”

Wittemyer and his colleagues combined aerial surveys with on-the-ground reconnaissance to develop the estimate of deaths from 2010-2012. A male elephant with two full tusks can be worth $10,000 to a poacher willing to illegally kill it and hack off its face to remove the ivory, Wittemyer said.

The rest of the animal is left to rot.

“The animals are worth so much, and the criminal element turned their attention to this new avenue,” he said. Although both male and female African elephants have tusks, the males’ are bigger and worth more to poachers.

Elephant poaching last peaked in the 1970s and ’80s when Western and Japanese buyers sought it for art, Wittemyer said.

A massive public relations campaign turned people off from buying ivory, Wittemyer said, but demand from China is renewing the problem. He said better enforcement by rangers in Africa's wildlife preserves and a concerted effort to devalue ivory as a collectible would help protect elephants.

The study was published Monday in the Proceedings of the National Academy of Sciences.