Posted by rackfokus on Wednesday, 17 September 2014 in Agriculture 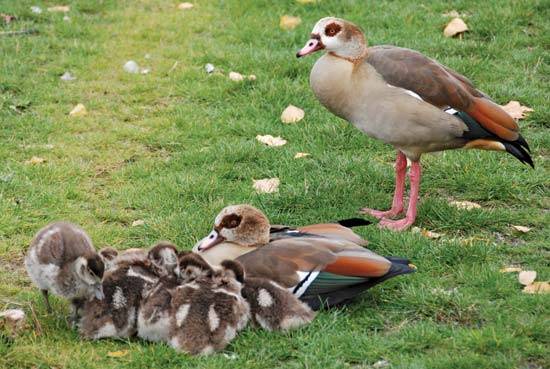 Landowners wanting to be allowed to shoot robins, pied wagtails, starlings and other favourite birds seen eating their crops have been rebuffed by the government. But shooters will be able to legally kill or destroy the nests of Egyptian geese and trap and release protected birds like song thrushes, blue tits and dunnocks found foraging in food stores and barns.

Natural England, the government’s wildlife adviser, was swamped by over 2,000 responses from individuals and competing shooting and conservation groups earlier this year when it consulted the public on 46 proposals to change the licences which dertermine what wildlife can be legally controlled.  Twenty-five changes were agreed by the board but many others were rejected.

Proposals dismissed included allowing schools to take temporary possession of great crested newts for educational purposes, and taking some species of the crow family off the list of birds that can be legally shot to protect crops and health.

But it was agreed that the jackdaw, jay and collared dove should continue to be killed under “general licences” that prevent agricultural damage. All three species have stable or rising populations, though none has been proven to constitute a threat to farming.

Farmers applauded what they said was the decision not to legally force them to try to shoo away birds with scares before they shoot them. The measure had been proposed by some conservation and animal welfare groups, but had been strongly opposed by shooters who warned it would have made the control of Britain’s estimated 10m woodpigeons and other birds who eat crops much harder.

“Farmers up and down the country need to control certain bird species on their land as they can cause serious damage to growing crops, particularly oilseed rape, feeding on young plants before they are established. Shooting is just one of the tools used alongside others including scarecrows, imitation animals and even falconry”, said National Farmers Union countryside adviser Claire Robinson.

But the RSPB disputed the NFU’s interpretation. “Before any farmer or landowner can resort to killing birds on their land, they need to have explored non-lethal alternatives first. We think this is reasonable and, contrary to the NFU’s statement, this guidance hasn’t changed.

Worryingly, any farmer who hasn’t tried alternative measures before culling birds could be held in breach of the Wildlife and Countryside Act and may find difficulty in controlling birds in future as they may find any provision to do so could be removed from them,” said spokesman Graham Madge.