Posted by EarthDude on Sunday, 22 January 2012 in Agriculture 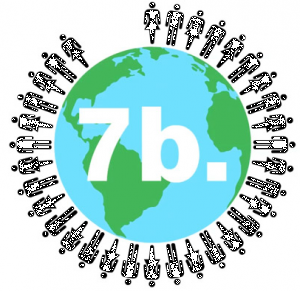 It turns out converted rainforest land is neither particularly productive as farmland nor climate smart, since creating it releases huge amounts of carbon sequestered in trees. Now that we’re surrounded by 7 billion of our closest friends, it’s probably a good time to talk about how we’re going to feed them. The government, along with corporations like Monsanto, Syngenta, Dupont, and others who are part of our current industrial agriculture system, will tell you that feeding the world is all about more. More yield from crops, more chemicals, more fertilizer, more genetically engineered seeds. More, more, more!

Of course, it’s easy to say that when you’re willing, as they are, to ignore the health effects, climate and environmental impacts, resource constraints, and every other real world consequence of large-scale industrial agriculture.

. It’s as if other aspects of the food production system — from agriculture’s carbon footprint, to the amount of crops now used for biofuels and animal feed, to the availability and price of oil and other depleted resources like phosphorus, a key fertilizer — are somehow irrelevant.

So it’s nice to see an article in the preeminent science journal Nature that tries to look at the big picture of world agriculture, warts and all. The report was written by a team of international scientists led by Dr. Jonathan Foley of the University of Minnesota’s Institute of the Environment, and the goal was to address how our current food system is failing to feed the world. And yes, that was “is failing” –not “might fail in the future.” After all, any system that leaves nearly 15 percent of the world’s population — and 50 million residents of the world’s richest country — hungry while wasting an astounding amount of food can’t possibly be considered a success.

On the bright side, Foley’s team of researchers concluded that we can indeed produce enough food and do so in a way that both minimizes environmental and climate damage while treating water as the precious resource it is. We will, however, have to make a few adjustments to our approach to agriculture. The to-do list is surprisingly short:

Read more on population. Check out our series 7 billion: What to expect when you’re expanding. Though few, the changes called for won’t be easy to enact. According to the researchers’ analysis, however, these are the only real options if we are to produce food for all 7 billion of us without destroying the planet in the process.

The report also points out that conventional attempts to expand food production, such as the recent increase in farmland, do more harm than good. Much of that new farmland is, for the most part, former tropical rainforest — and it turns out converted rainforest land is neither particularly productive as farmland nor climate smart, since creating it releases huge amounts of carbon sequestered in trees. The study provides evidence that we’re better off letting the rainforest sequester carbon than burning and bulldozing it to grow grains or sugarcane (which mostly end up as biofuel rather than human food).

The report adds that the relentless focus on exporting Western-style industrial agriculture is a dead-end. This is true for many reasons, but one is that our system is incredible resource inefficient. While much of the world could benefit from increased fertility, the overuse of fertilizer — responsible for the ocean “dead zones” throughout the world — is caused by the agriculture practiced the U.S., Western Europe, Northern India, and China. As the study notes, “only 10 percent of the world’s croplands account for 32 percent of the global nitrogen surplus and 40 percent of the phosphorus surplus.” According to Foley and his team:

That’s right, they used the “O” word. In fact, these scientists concluded that if we’re to grow more with fewer resources and a smaller environmental and carbon footprint, we’ll have to look not to high-tech solutions like genetic engineering but rather to:

agroecological innovations in crop and soil management [which] … show great promise for improving the resource efficiency of agriculture, maintaining the benefits of intensive agriculture while greatly reducing harm to the environment.

Agroecology is a broad term, but generally involves a balanced approach to agriculture that takes account of natural systems when choosing what to grow and how to grow it. While it’s the form of food production rarely discussed at USDA and in the U.S. generally, agroecological principles have been endorsed by the United Nations Food and Agriculture Organization as well as by the U.N.’s Right to Food program as the best way forward. They’ve also been explored in depth in a report produced by hundreds of scientists for the World Bank.