Posted by rackfokus on Thursday, 18 September 2014 in Buy Local

When You Want to 'Buy Local,' These Programs Make Doing So Easy 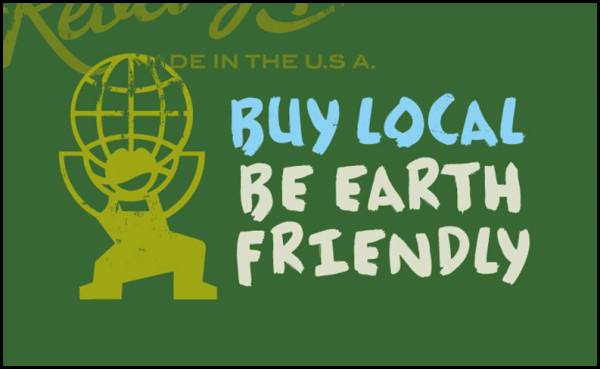 There are ways to connect with your community beyond food.

You’ve probably heard about community supported agriculture (or CSA) — a program where you pay up front and every week, a box of fresh, locally grown produce appears on your doorstop. Since its initial conception in western Massachusetts in the 1980s, such programs have been popping up across the country.

For consumers, it’s a great way to connect with high quality products and their community. And, due to their popularity, other industries have since jumped on the bandwagon.

One such group is local breweries. As of 2013, there were 1,500 microbreweries in the U.S. producing their own craft beer. While many of us may not know how to get our hands on these beverages, community-supported breweries (CSB) are solving that problem. For a set price, participants can sign up to receive craft beer every month for six to 12 months. Purchases are made directly from the producer, who sometimes throw in a few extra benefits, such as member-only events.

If beer isn’t your thing, community-supported art might be more appealing. In each program, commissioned artists will produce about 50 pieces of work. Patrons can then choose one piece of artwork from each artist, ranging in price from $50 to $500.

Not to be outdone by artists, writers are also getting in on the action. Small, independent publishing houses are making a name for themselves through community-supported publishing programs by offering their members newly-released books fresh off the press or even discounts on all existing titles.

While the products may range in diversity and purpose, the main point is that these programs offer people a way to connect to their local community.

“It’s a model people already understood,” Andy Sturdevant, artists resources director at Springboard for the Arts tells Yes! Magazine. “People like to know where the things they buy come from, whether that’s food or whether that’s artwork.”

And in a world of corporations and big-box stores, that transparency and personal touch is often all that’s needed.