Posted by Jrramos on Monday, 22 September 2014 in Climate Change

The Peoples Climate March and International Day of Peace: Making the connection 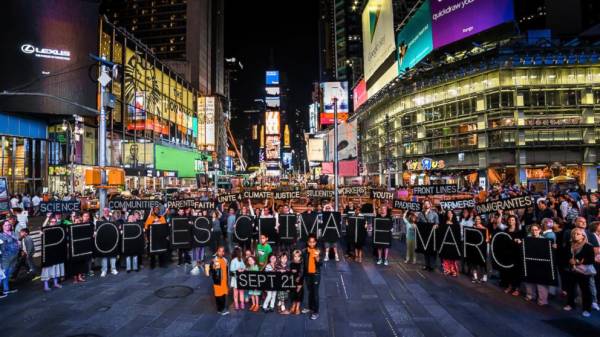 Climate change and world peace will each be highlighted today, the International Day of Peace. In our nuclear-armed, temperature-rising, resource-depleting world these issues are intricately related and represent the greatest threats to our planet. It is not coincidence that they be highlighted together. We must make the connection between peace on the planet and peace with the environment. Today's Peoples Climate March will empower citizens the world over to demonstrate the will of the people and demand action as global leaders convene in New York on Tuesday for the U.N. Climate Summit. 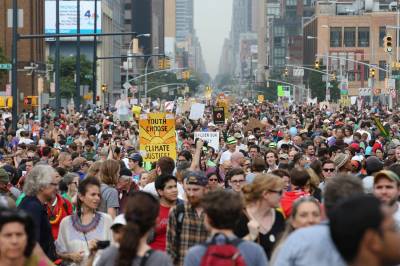 As our planet warms, causing severe droughts and weather conditions that in turn cause crop losses at home and around the world, conflict ensues as competition for finite resources develops. Entire populations, huge cities and countries are at risk with rising sea levels. Climate change is a catalyst for conflict. This is occurring the world over, where two-thirds of global populations live on less than $2 a day.

No institution recognizes this connection and threat more than does the U.S. military. In the Pentagon's 2014 Quadrennial Defense Review, released on March 4, the Department of Defense notes: "The pressures caused by climate change will influence resource competition while placing additional burdens on economies, societies and governance institutions around the world. These effects are threat multipliers that will aggravate stressors abroad such as poverty, environmental degradation, political instability and social tensions — conditions that can enable terrorist activity and other forms of violence." While congress is paralyzed in climate deadlock by those who would rather play charades denying climate change for purely short-sighted, short-term economic gains, the problem marches critically forward. Climate change is a national and international security threat. 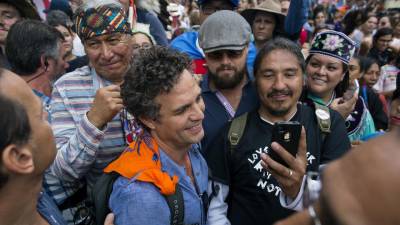 According to retired Marine Corps Gen. Anthony Zinni, speaking on climate change: "We will pay for this one way or another. We will pay to reduce greenhouse gas emissions today, and we'll have to take an economic hit of some kind. Or we will pay the price later in military terms. And that will involve human lives."

We have long known of the devastating annihilating potential of all-out nuclear war. Recent medical scientific and climatic reports have shown the humanitarian consequences of even a limited nuclear war using less than one-half of 1 percent of the global arsenals resulting in significant climatic change that would put 2 billion people at risk of dying from the global famine that would follow.

Currently, U.S. and foreign cities and governments are rapidly trying to mitigate and adapt to the effects of climate change. While this is understandable, it is analogous to someone whose house is flooding trying to mop up without turning off the water first. You can never get ahead of the situation with that approach. In climate change, we must stop the process before it is too late. When medicine deals with public health threats, we recognize that we must prevent what we cannot cure. We cannot cure the effects of climate change — we must prevent it!

So while the military and government make plans for the effects and conflicts resulting from climate change, the people are stepping up and demanding action to stop the process. There is no more critical time in this effort. We the people demand action. If you are concerned about either issue, you must be concerned about both issues. The future of our planet depends on it.

Make the connection. Demand peace with the planet for peace on the planet.