Posted by Jrramos on Tuesday, 23 September 2014 in Climate Change 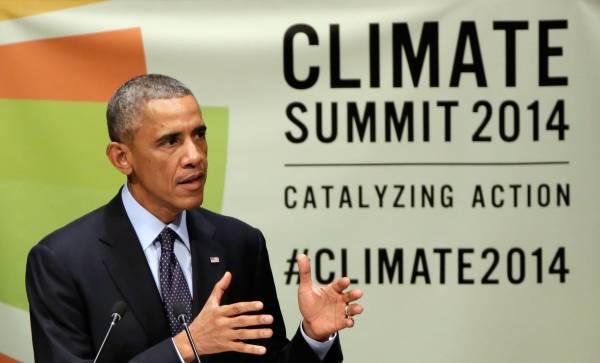 President Barack Obama is pledging new U.S. help for other nations struggling to address global warming, as heads of state from around the world converge for a major summit on climate change.

Obama will use his speech at a U.N. summit Tuesday to announce plans to sign an executive order requiring the U.S. government to take climate change into account when it spends money overseas to help poorer countries, the White House said. The U.S. will also offer vulnerable communities abroad new tools to address the effects of climate change through science and technology.

The measures join a host of commitments Obama will announce at the summit, where more than 120 world leaders will gather on the sidelines of the U.N. General Assembly to galvanize support for a global climate treaty to be finalized next year in Paris. U.N. Secretary-General Ban Ki-moon, the summit's host, is expecting leaders to come with specific pledges in hand to mitigate climate change, as a way to show they're serious about ambitious emissions reductions in the treaty.

Obama's goals at the summit: to convince other nations that the U.S. is doing its part to curb greenhouse gases, and make the case that other major polluters should step up, too. 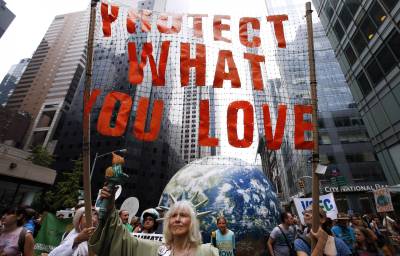 "It's very clear to the international community that the president is extending considerable political capital at home in order to implement his climate plan, and that's true," said Nigel Purvis, a U.S. climate negotiator in the Clinton and George W. Bush administrations. "The hope is that when we take action, others will do so as well."

The White House wouldn't elaborate on the commitments Obama will announce Tuesday. But his senior counselor and climate adviser, John Podesta, said last week the U.S. would offer tangible contributions such as American technology to help poorer communities deal with food security, sea level rise and other negative effects of climate change.

Secretary of State John Kerry announced Monday that the U.S. would contribute $15 million to a World Bank program designed to stimulate funding for projects that reduce methane pollution.

The one-day climate summit isn't formally part of the ongoing negotiations toward the climate treaty, which leaders hope will be more muscular than a lackluster agreement reached in Copenhagen in 2009. The idea is that by involving heads of state early, rather than leaving it to negotiators until the very end, prospects will improve for reaching a strong deal.

In another attempt to increase political pressure on leaders to take action, tens of thousands of activists, including prominent actors and former Vice President Al Gore, demonstrated in New York on Sunday.