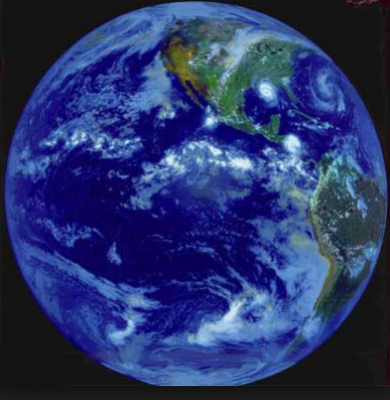 When President Barack Obama convenes his cabinet in the White House’s Roosevelt Room, one might be left with the impression that defenders of our oceans are rather pointedly underrepresented. The Department of Commerce, which oversees the National Oceanic and Atmospheric Administration, or NOAA, has lacked a secretary since John Bryson resigned last summer. Former Secretary of Defense Leon Panetta probably pulled double duty as Aquaman in the president’s Hall of Justice; prior to his service in the Obama administration, Secretary Panetta served as a congressman from Monterrey, California, and as head of the Pew Oceans Commission. But now he, too, has left the building, with a shout-out to his trusty sidekick, his dog Bravo.

President Obama is seeking to fill the open seat at Commerce, and to replace Jane Lubchenco, whostepped down last month as NOAA’s administrator. During this transition period, ocean advocates wondered whether domestic ocean issues would struggle even more than usual to find prominence in the West Wing. The problems facing our marine ecosystems and oceans are in serious need of solutions, and each day that passes without mention of these answers means another day of devastating blows to our waters. But a speech last week by Secretary of State John Kerry suggested that he might become the new standard bearer for ocean issues in the White House.

In his remarks, Secretary Kerry discussed a broad range of ocean issues, and the link between ocean health and greenhouse gas emissions was foremost among them. He said:

[I]t is clear that we have an enormous challenge ahead of us … energy policy that results in acidification, the bleaching of coral, the destruction of species, the change in the Arctic because of the ice melt … The entire system is interdependent, and we toy with that at our peril.

With a new blue warrior bringing ocean issues to arguably the most influential group of advisers on planet earth—or, as Kerry put it in his speech, “planet ocean” — let’s take a look at the top five ocean issues the secretary of state can use his position to influence.

Secretary Kerry, who was a strong climate hawk as a senator, used pointed words to hammer home the critical need to take proactive steps to address the looming climate crisis. “The science is screaming at us … demanding that people in positions of public responsibility … at least understand what is happening and take steps to prevent potential disaster,” he said last week. These words echoed those that Secretary Kerry delivered in his first major foreign policy speech in February, in which he challenged Americans to “have the foresight and courage to make the investments necessary to safeguard the most sacred trust we keep for our children and grandchildren: an environment not ravaged by rising seas, deadly superstorms, devastating droughts, and the other hallmarks of a dramatically changing climate.”

His remarks also represent one of the most prominent mentions of ocean acidification — an issuealready taking a toll on Northwest fishermen and oyster farmers, and one that is slated to get much worse in the coming years. He also commented on the rapid, global-warming-induced transformation of the Arctic Ocean that is now underway.

Secretary Kerry’s awareness of and sensitivity to these issues will be vital contributions to an Obama cabinet in dire need of hawkish leadership on both climate change and ocean conservation.

On the same day as Secretary Kerry’s speech, the Proceedings of the National Academy of Sciences published a new report predicting a link in the rise in atmospheric carbon-dioxide concentration with a marked rise in the frequency of Hurricane Katrina-magnitude storms, underscoring a point the secretary made in his remarks: Climate change and our oceans represent an issue of “both national security and economic security.”

In referencing the national security implications of climate change, Secretary Kerry is picking up where Secretary Panetta left off. In a 2012 speech hosted by the Environmental Defense Fund, the former Secretary of Defense said, “rising sea levels, severe droughts, the melting of the polar caps, the more frequent and devastating natural disasters all raise demand for humanitarian assistance and disaster relief.” Sustained shifts in weather patterns have already been linked to global instability, as noted in multiple articles that explore the connection between drought-driven increases in food prices and the unrest that led to the Arab Spring rebellions.

A wide variety of researchers have detailed the looming security threats of climate change, including the Quadrennial Defense Review, which called it an “accelerant of instability or conflict”; a 2012 report from the Office of the Director of National Intelligence reflecting looming crises as a result of water issues, including shortages, water quality, or floods; and the work of our colleagues at the Center for American Progress, whose report “Climate Change, Migration, and Conflict in North Africa” probes potential water- and climate-related tensions in an already precarious region.

Cultivating a deeper understanding of the link between climate change and political instability will bolster the case for domestic and international policymakers to get serious about taking action to reduce greenhouse gas emissions, and start dealing with global climate change.

In 2011 then-Secretary of State Hillary Clinton helped lead the Arctic Council to a landmark agreement on search-and-rescue efforts in the international waters of the rapidly thawing north. The Arctic has proven particularly vulnerable to climate change, and its sea ice is receding at unprecedented rates in the summer months: The summer of 2012 holds the dubious honor of seeing the lowest amount of sea ice in recorded history.

As ice retreats further and further from its historic range, we will see an increase in industrial activity in the region, including oil and gas exploration, shipping, tourism, and fishing. As one of only eight nations with claims to the outer continental shelf in the Arctic Ocean, the United States stands to play a leadership role in shaping the future of Arctic activities. As a new issue brief from CAP’s Kiley Kroh and Howard Marano points out, however, we are still a long way from forming an adequate understanding of the complexities of this remote region. Secretary Kerry can play a leadership role in ensuring that we safeguard the Arctic’s natural resources.

The U.N. Convention on Law of the Sea

Ratification of the U.N. Convention on Law of the Sea would help America continue to play a leadership role in the Arctic and assert its rightful jurisdiction over the emerging resources on our extended outer continental shelf. Joining the treaty would also give the United States a seat at the table in global environmental policymaking decisions, as well as in discussions that will have international-security implications such as the ongoing tensions between China and its neighbors in the South China Sea.

As chairman of the Senate Committee on Foreign Relations, Secretary Kerry held four hearings in the previous Congress and advocated tirelessly for the Senate’s approval of the treaty. Despite his efforts Republicans stonewalled him, disregarding their usual allies such as the American Petroleum Institute, the U.S. Chamber of Commerce, and other big industry and defense interests that aggressively supported the treaty’s ratification.

Former Secretaries Clinton and Panetta also advocated for America to join the 164 other countries and the European Union in ratifying the treaty and to leave behind the handful of hold-outs such as North Korea, Iran, and Libya. Secretary Kerry should continue his advocacy for ratification in his new role and should keep pressing his former colleagues in the Senate to do the same.

As a former senator from Massachusetts—one of the highest-value fishing states and home to arguably the most historic fishing ports in the nation—Secretary Kerry understands the value of healthy, sustainable fisheries to our coastal economies. While we have made great strides domestically in fishery management, pirate fishing—illegal, unregulated, and unreported fishing—is a massive international problem estimated to cost honest fishermen between $10 billion and $23 billion annually. It also reduces the sustainability of fisheries at home and abroad by undermining international conservation agreements and by damaging the marine ecosystems we depend on for seafood.

In 2011 then-NOAA Administrator Lubchenco and her European counterpart Maria Damanaki announced a joint effort to combat pirate fishing, committing the two governments to “work together to adopt the most effective tools to combat illegal fishing.” Secretary Kerry touted the agreement when it was signed, calling it a “gut punch to those who break the rules.” His efforts to continue the work done by Administrator Lubchenco and Damanaki will pay dividends for America’s fishermen and seafood consumers alike.

Secretary Kerry’s striking remarks last week certainly raised expectations for additional pro-oceans leadership from the State Department and the rest of the Obama administration. The litany of challenges facing the world’s oceans, however, affords us very little time to wait. These issues require immediate, decisive, and politically courageous decisions, and ocean stakeholders are desperate for a champion willing to back up words with action. Here’s to hoping Secretary Kerry is up for the job.