Posted by bchristo on Friday, 30 December 2011 in Earth Violators

Worst Year Yet for Elephants as Thousands are Slaughtered 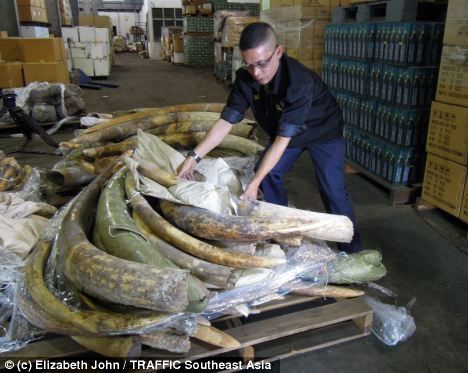 Large-scale tusk smuggling has reached a record high this year, with at least 2,500 dead elephants used for ivory.
Organised criminals - particularly Asian syndicates - are increasingly involved in the illegal trade, according to environmental agency Traffic.
Experts believe it has been the worst year for the endangered animals since sales of ivory were banned in 1989. 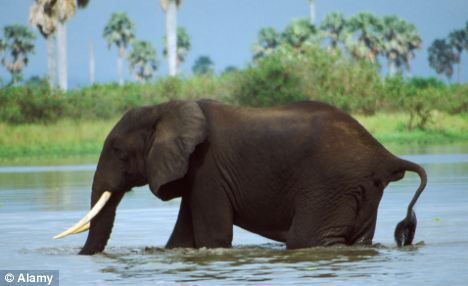 Most cases involve ivory being smuggled from Africa into Asia, where growing wealth has fed a desire for ivory ornaments and rhino horn, which is used in traditional medicine.
Traffic's elephant and rhino expert Tom Milliken said: 'As most large-scale ivory seizures fail to result in any arrests, I fear the criminals are winning.
'The escalation in ivory trade and elephant and rhino killing is being driven by the Asian syndicates that are now firmly enmeshed within African societies.'
It is not clear how many of the animals were killed this year in Africa, but the authorities are alarmed by the early figures.
A record 13 large hauls were seized this year - consisting of an estimated 23,676 kilograms of the desirable product.
It is a dramatic rise from 2010, when just six major seizures took place, of tusks weighing just under 10,000kg.
And the worryingly high number does not even include the ivory that is being smuggled over borders secretly.
On December 21, Malaysian authorities confiscated hundreds of African elephant tusks, worth $1.3million, which were being shipped to Cambodia. The ivory was hidden in containers of handicrafts from Kenya's Mombasa port. Most of the large seizures have originated from Kenyan or Tanzanian ports, according to Washington-based Traffic.
The wildlife trade monitor said 50 elephants a month are being killed and having their tusks hacked off at Tanzania's Selous Game Reserve.
Gangs have taken to shipping the hauls by sea instead of air because of their size, falsifying documents with help of corrupt officials, experts said.

Desirable: Tusks from the endangered species are used to make ivory ornaments and jewellery, which are becoming more popular in Asia as wealth grows (file picture)
Mr Milliken said some of the seized ivory has been identified as coming from government-owned stockpiles - made up of confiscated tusks and those of dead elephants - in another sign of corruption.
'In 23 years of compiling ivory seizure data ... this is the worst year ever for large ivory seizures,' he added. '2011 has truly been a horrible year for elephants.'
Rhinos also have suffered, with a record 443 killed this year in South Africa, compared to 333 last year, according to National Geographic News Watch. South Africa is home to 90 per cent of the rhinos left on the continent.
Africa's elephant population was estimated at between 5million and 10million before hunters came to the continent with European colonisation. Widespread poaching for the ivory trade in the 1980s halved the remaining number of African elephants to about 600,000. After the 1989 ban on ivory trade and international efforts to protect the animals, elephants in east and southern Africa were thriving - until the latest threat arrived from Asia.
A report from Kenya's Amboseli National Park, which lies in the shadow of Mount Kilimanjaro, highlighted the dangers. There had been almost no poaching in the park for 30 years until a Chinese company was awarded the contract to build a highway nearby two years ago. Amboseli has lost at least four of its 'big tuskers' since then. 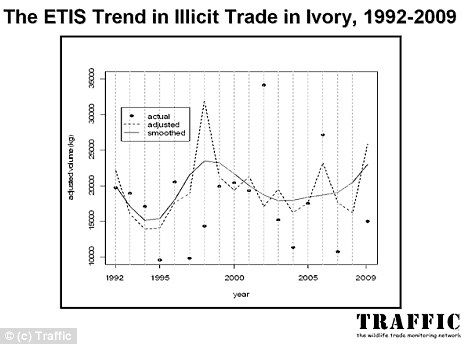