Pentagon warns U.S. military will be 'tested' by climate change 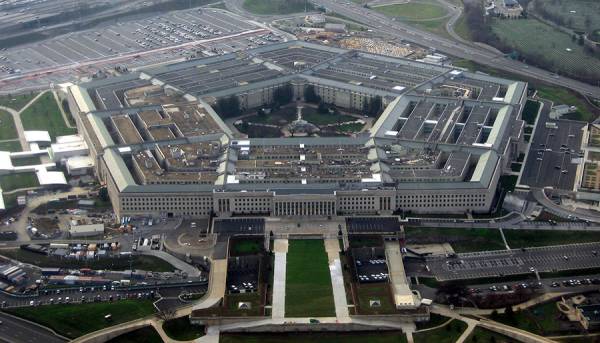 Rising sea levels and other effects of climate change will pose major challenges for America’s military, including more and worse natural disasters and the threat that food and water shortages could fuel disputes and instability around the world, Defense Secretary Chuck Hagel said Monday.

Addressing a conference of military leaders as the Pentagon released a new report on the issue, Hagel said, “Our militaries’ readiness could be tested, and our capabilities could be stressed.”

U.S. military officials have long warned that changes in climate patterns, resulting in increased severe weather events and coastal flooding, will have a broad and costly impact on the Defense Department’s ability to protect the nation and respond to natural and humanitarian disasters in the United States and around the globe.

The new report — described as a Pentagon roadmap — identifies four things that it says will affect the U.S. military: rising global temperatures, changing precipitation patterns, more extreme weather and rising sea levels. It calls on the department and the military services to identify more specific concerns, including possible effects on the more than 7,000 bases and facilities, and to start putting plans in place to deal with them.

“Climate change is a ‘threat multiplier’ because it has the potential to exacerbate many of the challenges we already confront today — from infectious disease to armed insurgencies — and to produce new challenges in the future,” Hagel said. He spoke during the opening session of the conference, which was attended by defense ministers and military chiefs of more than 30 countries from the Americas, Spain and Portugal.

More broadly, the report warns that as temperatures rise and severe weather increases, food, water and electricity shortages could create instability in many countries, spreading disease, causing mass migration and opening the door for extremists to take advantage of fractures in already-unstable countries.

The report comes amid an ongoing debate within the administration and Congress over the actual extent and existence of global warming and climate change. But Hagel, who is on a six-day, three-country trip to South America, seemed to have little question about the impending changes.

“The loss of glaciers will strain water supplies in several areas of our hemisphere. Destruction and devastation from hurricanes can sow the seeds for instability. Droughts and crop failures can leave millions of people without any lifeline, and trigger waves of mass migration,” he told the ministers at this mountain resort in the Andes near the southern tip of Peru.

“We have already seen these events unfold in other regions of the world, and there are worrying signs that climate change will create serious risks to stability in our own hemisphere,” he said.

For the U.S., rising sea levels could eventually put vast stretches of Navy docks and other military installations under water, in places like Norfolk, Virginia, Honolulu and other coastal locations worldwide.

The Pentagon has been working for years to reduce the military’s heavy footprint on the earth by using alternative fuels and conducting maintenance aimed at managing water use and encroachment on natural resources.

But, according to a federal greenhouse gas inventory, the department was responsible for 71 percent of the federal government’s carbon footprint in 2010, producing 95.4 million tons of carbon dioxide. That put the military’s footprint at about the same size as that of the entire country of Chile.

The greenhouse gas report said that more than 60 percent of the Pentagon’s carbon footprint cannot be reduced easily.

In its new report, the Pentagon said it has to better define how climate change could affect military operations, training, testing and readiness.

The issue is a deep concern to many South and Central American nations that have long stretches of coastline. Gen. John Kelly, the top U.S. military commander in South America, was with Hagel at the conference.

Caribbean island countries in particular worry about rising sea levels and more violent hurricanes, he said, adding that “the fact that they’re all here talking about how important this is will make a difference.”

One key national security issue is the Arctic, where melting ice caps are opening up sea lanes, spurring competition for the lucrative oil and gas deposits and increasing the use of the icy waters for military exercises and transit.

“We see an Arctic that is melting, meaning that most likely a new sea lane will emerge,” Hagel said during his stop in Chile. “We know that there are significant minerals and natural deposits of oil and natural gas there. That means that nations will compete for those natural resources.”

Last November, at a security conference in Halifax, Nova Scotia, Hagel said the U.S. would assert its sovereignty in the Arctic, even as Russia, China and other countries stake their own claims in the largely untapped region. Increased use of the Arctic will require the U.S. to fill gaps in satellite and communications coverage, add deep-water ports and buy more ships that can withstand frigid waters.

In addition to those costs, the U.S. will have to address other changes in its military installations. Officials don’t yet have cost estimates.