Posted by Jrramos1337 on Wednesday, 19 November 2014 in Earth Violators 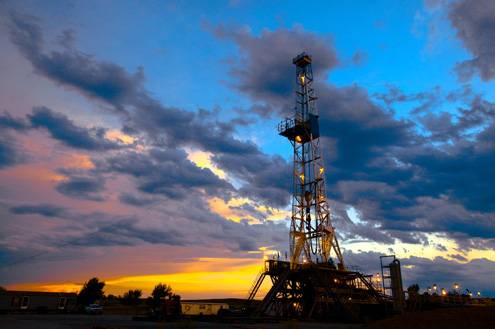 A host of chemical emissions seep are seeping from oil and gas drilling pads with different ones coming from different places in the operation – from the wellhead to tanks to valves, according to a new study.

“The hope is that this helps us understand what kinds of emissions are coming from which equipment on a site,” said Carsten Warneke, a University of Colorado researcher and lead author on the study. The data will may help regulators better manage oil and gas field emissions.

The study is one of several being done in Utah’s Uintah Basin, which has been the scene of winter ozone levels that exceeded readings in New York City. The eastern Utah basin is home to more than 10,000 oil and gas wells, with 1,000 wells being added every year.

The research was conducted by scientists at the Cooperative Institute for Research in Environment Sciences at the University of Colorado-Boulder and the National Oceanic and Atmospheric Administration.

An earlier study by researchers at CU’s Institute of Arctic and Alpine Research identified 10 volatile organic chemicals, including toluene, which at high levels can affect the nervous system, and the carcinogen benzene.

The levels of these chemicals, excluding methane, were higher than in the 28 largest U.S. cities and Mexico City. Levels of benzene exceeded a chronic-effects health threshold in 254 of 329 measurements taken in 2013, the study said.

Those measurements were made from instruments on balloons about 620 feet above the oil and gas fields.

At that height the gas are well mixed and appear to increase in step – but at ground level they are coming from different sources, Warneke said.

For this study the researchers used ground-level readings and a mobile lab in a van that pulled up to well sites.

The study was conducted in the winter of 2012. Measurements were taken at 38 different gas well pads, 12 oil well pads, a newly producing well, a re-fractured well with a flow back pond, and 17 other point sources such as evaporation ponds, storage tanks and compressor stations were investigated

What the researchers found was that methane – a potent greenhouse gas – came primarily from the wellhead as did methanol.

“Methanol is used as an anti-freeze and anti-coagulant, injected into pipelines and down the wellbore and, as a result, very high mixing ratios, often over 100 ppv (parts per billion) were observed at many of the oil and gas well pads,” the study said.

A flowback pond from a recently hydraulically refractured well and evaporation ponds, were also found to be large volatile organic chemical emission sources.

The researchers found elevated levels of some of the chemicals — based on time and meteorological conditions.

For one four-day period, the benzene and toluene levels were over 3 parts per billion – almost double the average benzene levels in U.S. urban areas – as becalmed conditions held the emissions in the basin.

CU’s Warneke said that findings in the Uintah Basin can’t be applied across other oil and gas regions. “Each region is going to be different because of the production,” he said.

“A field that has dry gas will not have much benzene and toluene,” Warneke said. “Fields with a lot of condensate will have more.” Oil fields will also have ore of the heavier volatile organic chemicals

The Marcellus Shale in Pennsylvania is an example of a dry gas field, where there are likely low-levels or benzene. Colorado’s Denver-Julesburg Basin is one with a lot of condensate, also called wet gas, which would be richer in chemicals like benzene.