Posted by jennystorie on Tuesday, 10 February 2015 in Climate Change

We must manage global warming risks by cutting carbon pollution 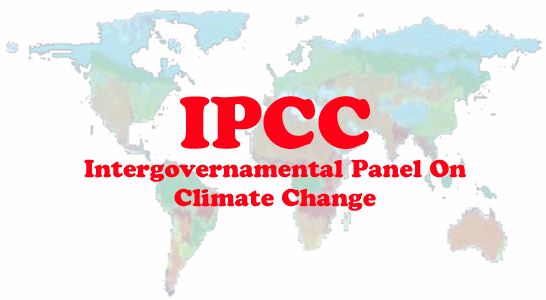 Last week, the Intergovernmental Panel on Climate Change (IPCC) published its latest Synthesis Report, summarizing the scientific research on the causes and impacts of global warming, and how we can mitigate its consequences. The report included various graphs showing how we’re changing the Earth’s climate, and concluded that humans are causing rapid and dangerous global warming.

Human influence on the climate system is clear, and recent anthropogenic emissions of greenhouse gases are the highest in history. Recent climate changes have had widespread impacts on human and natural systems.

Warming of the climate system is unequivocal, and since the 1950s, many of the observed changes are unprecedented over decades to millennia. The atmosphere and ocean have warmed, the amounts of snow and ice have diminished, and sea level has risen.

Much of the report focused on the risks associated with these rapid climate changes. Fundamentally, climate change is a risk management problem. Even if you’re sceptical of the vast body of scientific research pointing to dangerous and potentially catastrophic climate change, there’s a very good chance the experts and their supporting evidence are correct and your scepticism is misplaced. The IPCC report put those risks into perspective,

Continued emission of greenhouse gases will cause further warming and long-lasting changes in all components of the climate system, increasing the likelihood of severe, pervasive and irreversible impacts for people and ecosystems. Limiting climate change would require substantial and sustained reductions in greenhouse gas emissions which, together with adaptation, can limit climate change risks.

Many aspects of climate change and associated impacts will continue for centuries, even if anthropogenic emissions of greenhouse gases are stopped. The risks of abrupt or irreversible changes increase as the magnitude of the warming increases.

The key word here is “irreversible,” and it’s used 14 times in the IPCC’s latest Summary for Policymakers. For example, if ice sheets in Greenland and Antarctica collapse into the ocean, as they’ve already begun to, we can’t take the ice out of the ocean and put it back on land. That lost ice and the sea level rise it causes are irreversible impacts.

Conversely, policies to slow global warming are reversible. A new study by scientists at Duke University found that the widespread rejection of climate science by American political conservatives is in large part due to their distaste for the proposed solutions. Climate contrarians are afraid that climate policies will slow economic growth, despite evidence to the contrary.

However, if it turns out that the sceptics are right in their optimism that the best case climate scenario will occur, and if we go too far in our efforts to reduce carbon pollution, we can easily scale those efforts back. We can’t reanimate extinct species, but we can adjust climate policies as needed.

Speaking of species extinctions, the IPCC discussed that serious threat as well,

A large fraction of species face increased extinction risk due to climate change during and beyond the 21st century, especially as climate change interacts with other stressors (high confidence). Most plant species cannot naturally shift their geographical ranges sufficiently fast to keep up with current and high projected rates of climate change in most landscapes; most small mammals and freshwater molluscs will not be able to keep up at the rates projected under RCP4.5 and above in flat landscapes in this century (high confidence).

Marine species are also at risk due to the dual threats of warming oceans and ocean acidification, both of which are caused by carbon pollution from burning fossil fuels.

Since the beginning of the industrial era, oceanic uptake of CO2 has resulted in acidification of the ocean; the pH of ocean surface water has decreased by 0.1 (high confidence), corresponding to a 26% increase in acidity

The IPCC concluded that if we take serious action to reduce fossil fuel consumption and greenhouse gas emissions, we can limit the future increase in ocean acidity to about 16%. If we continue on a business-as-usual fossil fuel dependent path, ocean acidity will increase by around 100%, with dire consequences for marine ecosystems. This will also hurt our fisheries and contribute to food insecurity.

As these figure below from the report also illustrates, about 70% of studies indicate that crop yields will decline as the Earth continues to warm after 2030, with a high chance that yields could decline by 25% or more by the end of the century if we continue on our current path.

Climate contrarians often argue that we should continue with business as usual and try to adapt to the consequences of global warming. We will have to adapt to some inevitable climate change, but as the IPCC concluded, we must also prevent as much global warming as possible to minimize the associated impacts enough that we will be able to adapt to them.

Substantial emissions reductions over the next few decades can reduce climate risks in the 21st century and beyond, increase prospects for effective adaptation, reduce the costs and challenges of mitigation in the longer term, and contribute to climate-resilient pathways for sustainable development.

Those who preach for climate inaction and adaptation are failing to grasp the basic concepts of risk management. In some cases, those who argue for this high-risk path have failed to manage risks in the past, had to be bailed out by the government, and apparently failed to learn from that experience.

In situations where the government is capable of stepping in to save us from our failure to manage risk, the consequences aren’t dire. That’s not the case for global warming. Governments can’t restore ice sheets, lower sea levels, or reanimate extinct species, but they can adjust climate policies if they turn out to be too aggressive.

And if we cause irreversible and catastrophic climate changes, we can’t just emigrate to Mars – we’re stuck with the consequences. From a purely risk management perspective, slowing global warming by cutting carbon pollution is a no-brainer, as the IPCC report makes crystal clear.