Timex Joins In For Earth Hour On March 28th 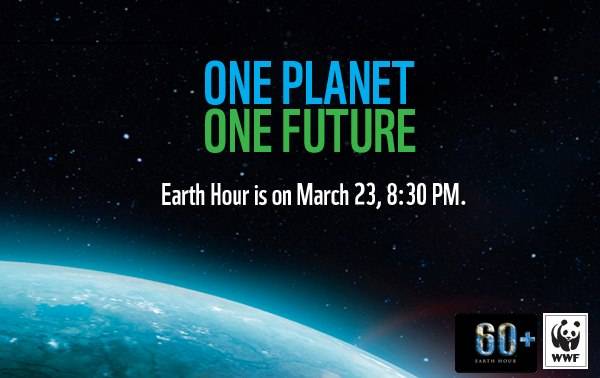 Earth Hour is this Saturday, March 28, at 8:30 p.m. in your time zone. While Earth Day has been little more than a public relations exercise in recent years, Earth Hour has become more impactful since its first launch in 2007. According to WWF, the organization behind Earth Hour, teams in 162 countries and territories are working to help dim the lights this Saturday. Even fossil fuel-rich Abu Dhabi in the United Arab Emirates, where I lived a year ago, shut the lights for an hour: large hotels and developments such as Masdar City went dark. This year, more companies are joining in the effort, including Timex.

To that end, the watch manufacturer is asking customers, and really anyone visiting its site, to upload a photo and share their pledges in order to spread the word about Earth Hour. The company will donate $1 for each pledge.

Naturally, there is something in it for Timex: the company has its own line of glow-in-the-dark watches, in a bevy of styles that can help you enjoy the hour of darkness. And of course, there would be no point of a campaign without a hashtag, which in this case is #TimeToGLO. Earth Hour has largely grown in awareness because of social media, and this year will be no different. Considering this exercise is run by a small team out of Singapore, the results are impressive.

Last year’s Earth Hour was remarkable at many levels. Over 7,000 cities and towns officially participated in the campaign, and in at least 60 countries, Earth Hour lasted longer than the 8:30-9:30 p.m. time slot. Almost $57 million was raised for a variety of causes, from panda habitat protection to efforts aimed at stopping wildlife crime. Various countries tailored Earth Hour to raise awareness about national issues: Australia focused on coral reef protection, Madagascar focused on deforestation and Argentina pushed legislation to create a new marine sanctuary.

Just as there are many reasons to do what is possible to halt the risks of climate change, WWF offers plenty of options to mark Earth Hour. Spreading the word, of course, is a start. Both going dark and taking a break from all the gadgets presents a stark reminder of the impact our thirst for energy has on the planet are also meaningful. Finally, motivating thousands, even millions of people, to work together on a common goal are why each year Earth Hour continues to make an impact at a global and local level.

Just remember that when you remember the occasion via Twitter or Instagram this Saturday night, be sure that smartphone of yours is charged.