Posted by jonehopp on Thursday, 07 May 2015 in Clean Technology 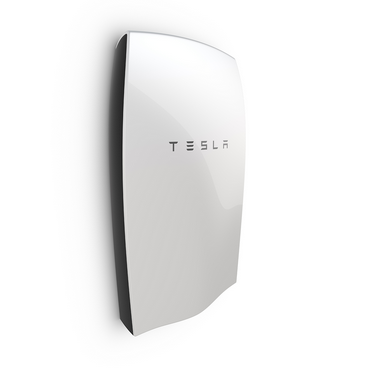 Tesla Motors CEO Elon Musk on Thursday officially announced two battery backup products, one for homes and one for industrial use, at an event at the company's Southern California design studio.

The lithium-ion battery modules can store electricity from solar panels and serve to balance loads from the grid, charging up during non-peak energy usage hours, then providing energy to a home or facility during peak hours.

Homeowners will be able to get the module called the Powerwall, which Tesla will sell in 7- and 10 kilowatt-hour modules. Musk said that certified installers could buy the smaller pack for $3,000 and the larger pack for $3,500. (UK and Australian details were not announced.)

For industrial applications, Tesla will offer the Powerpack, sold in 100-kilowatt-hour modules at $25,000 each. Musk said that Tesla would work with industrial customers on these installations. The battery backup systems come under a new product line at Tesla called Tesla Energy.

To this point, Tesla has been known as an automaker, producing electric-powered cars such as theModel S sedan, which also use lithium-ion batteries. In that role, it has proved to be a catalyst for change in the car business, as a number of major automakers over the last several years have unveiled their own electric vehicles. Tesla's entrance into the home-charging business could spark a similar trend in that realm.

Tesla's new Powerwall product comes in 7- and 10 kilowatt-hour modules, and works as a complete battery back-up for homes. Tesla surely wouldn't mind if you also owned one of its Model S sedans.Tesla

The new power modules could provide energy to a house or facility during a blackout, and allow home and facility owners to practice what Musk called "energy arbitrage," buying energy at cheaper rates during non-peak hours and using it during higher rate hours. Musk said that the Powerwall will work best for homes with solar panels, as it can store excess energy captured by the panels and make use of it during night-time hours. A home with a Powerwall and solar panels could be "grid-independent." Musk described Powerwall-equipped houses as "micro-grids."

Many homeowners with solar panels currently sell excess energy to utilities, but Tesla's chief technology officer, J.B. Straubel, said that it isn't always a financially efficient arrangement, as utilities buy the energy at wholesale rates then sell it back at retail.

The idea of battery backup systems for homes and industry is not new, with companies such as Egen, Alevo and Enphase Energy already in the space. Although the energy storage industry was valued at only $200 million in 2012, it is expected to grow to $19 billion by 2017, according to research firm IHS Cambridge Energy Research Associates.

Musk said that Tesla's products come at a lower price than competitors, and gushed that the Powerwall is "beautiful and is really easy to fit in your garage or house." He went on to say that it is an integrated system, combining thermal management and an inverter, "that just works."

Tesla is already working with industrial customers on installing its Powerpack modules. The company is now taking orders for the Powerwall units, according to Musk, and will begin limited production later this year. Full-scale production will begin after Tesla's Gigafactory battery manufacturing facility has been completed next year. Homeowners will need to go through a certified installer to get the Powerwall unit.