Posted by bchristo on Thursday, 09 February 2012 in Transportation

Elon Musk said Thursday his luxury electric car company is in compliance with terms of its loans from the federal government, and on schedule to launch two new models by the end of next year.

"We have a lot of cash in the bank," Mr. Musk said in an interview ahead of the scheduled unveiling Thursday evening of a prototype of a third Tesla model, a sport utility vehicle called the Model X, to launch at the end of 2013. 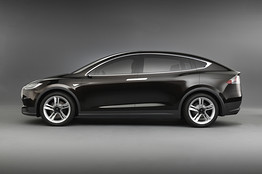 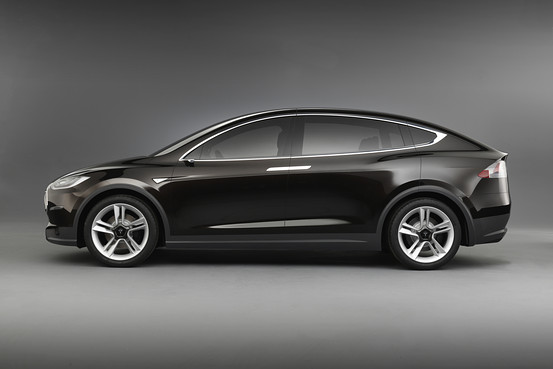 The Model X, a midsize, all-wheel drive SUV, will be designed to travel about 270 miles on a charge, Mr. Musk said. Tesla will soon unveil a new system for rapidly recharging its cars at highway rest stops and service stations to address concerns about range, he added.

Tesla's Model X announcement comes amid signs of trouble for the electric car industry in the U.S.

Earlier this week, Fisker Automotive Inc. disclosed that the Energy Department had halted the company's efforts to draw more money from a $529 million loan granted under an Obama administration program to spur development of electric and plug-in hybrid vehicles. In a statement, the Energy Department said it had frozen the Fisker loan because the company had missed certain deadlines in its plan to build a plug-in gas-electric hybrid at a former General Motors Co. factory in Delaware.

Tesla's Mr. Musk said his company's plan to use federal loans to build an all-electric Model S sedan at a former GM-Toyota Motor Corp. factory in Fremont, Calif. is on track to meet a previously promised July 2012 launch.

"I assure you Tesla will not be a problem," he said.

Investors appear to share Mr. Musk's optimism. Tesla shares have risen by more than 40% since mid-January, and closed Thursday at $32.58, up 2%, or 65 cents.

The Obama administration approved a $465 million federal loan for Tesla in June 2009, the bulk of the money aimed at financing engineering of the Model S and tooling of the assembly factory.

Mr. Musk said Tesla expects to draw down all of the money remaining in that loan within the next three or four months, as production of the Model S ramps up.

Mr. Musk said he's not concerned by the sluggish demand for electric and plug-in hybrid cars currently on the market, such as the Nissan Leaf and Chevrolet Volt.

"It's a mistake to draw parallels between electric vehicles," Mr. Musk said. The Model S, which will start at about $50,000 and range up to $100,000, isn't positioned to compete with mass market brands such as Chevrolet, he said.

"Buyers for a Model S are buyers who would have otherwise bought an Audi A6... a Mercedes E class... or a BMW 5 and 7 series," he said. "It's got nothing to do with electric cars. It's, "Are we a better choice for a premium sedan?"