Posted by EarthDude on Monday, 05 December 2011 in Transportation

What’s wrong with the electric car? 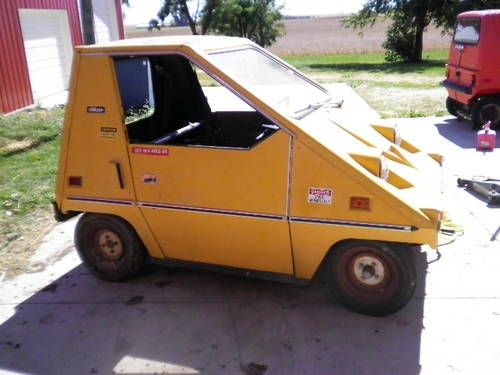 It’s hard to find an energy wonk out there who doesn’t love the idea of electric cars. Most white papers on ending our oil dependency envision a large future role for plug-in vehicles and hybrids in the future. The concept has legions of devoted fans. Back in 2006, the documentary “Who Killed the Electric Car?” became a cult classic, and there’s a sequel coming out later this year — titled, yes, “Revenge of the Electric Car” — about the companies and eccentric inventors racing to develop a viable EV model.

Yet these vehicles still face a big hurdle. Few consumers are buying them. GM is struggling to meet this year’s sales target for the Chevy Volt, and Nissan has sold just 8,000 all-electric Leafs. Part of that might be due to the recession and the steep price tag: Like any new technology, the cars are pricey (the Volt goes for $40,000, though buyers can qualify for a $7,500 federal tax rebate). But a recent NPR report by Sonari Glinton highlighted another reason sales might be flagging — the fact that early models can’t go very far before needing a recharge, which gives would-be buyers “range anxiety.”

Electric-car advocates have occasionally dismissed range anxiety as irrational. After all, the vast majority of Americans commute less than 40 miles a day. So even a Nissan Leaf, which, realistically, gets about 65 miles on a single charge, should satisfy most of our daily needs. But what about slightly longer trips? Consumers really do worry about getting stranded on the road with a dead battery. Plus, as an executive at Better Place once told me, drivers don’t like feeling hemmed in. “Our research shows that people want to feel like they can get into their car and drive across the country at if they have to,” he said. “It might sound silly, but it’s real.”

At the moment, car companies are racking their brains for ways to allay these fears. Bigger batteries, more powerful chargers, and “range extenders” are several possible solutions. So are plug-in hybrids that have both a gas and electric engine (the Chevy Volt’s gas engine kicks in after 40 minutes of driving, which gives it a much longer range than all-electric cars like the Leaf). Meanwhile, Better Place, which is building electric-car networks in Denmark and Israel, has developed a model in which drivers bring their cars to a station and swap out empty batteries for fresh ones in less than five minutes. That, in theory, could help placate range anxiety.

Yet these technological solutions run the risk of driving up the price of electric vehicles even more. (The Volt costs so much, in part, because GM opted for a bigger battery.) We might not see a plug-in with the same range as a gasoline-powered car anytime soon. And, as NPR reports, that could pose a serious problem. Surveys have found that consumers are leery of cars like the Leaf because they’re less convenient. The electric-car revolution is running into a psychological barrier.

As it happens, this isn’t all that unusual when it comes to new energy technologies. My Washington Post colleague Steve Mufson wrote a great article this month noting that electric utilities love the idea of “smart” meters that fine-tune household power use so as to juggle electricity loads. But the barriers to adoption are often, once again, psychological and behavioral. Many homeowners can’t be bothered to use smart meters to full advantage. Others are wary of letting utilities manage their household energy use.

That’s not to say that electric cars or smart meters are destined to fail. Far from it. But efforts to revamp our energy infrastructure are likely to run into the occasional psychological and behavioral obstacles. Just because there’s a nifty new technology doesn’t mean people will actually use it. That’s one reason why, last year,then-Rep. Brain Baird proposed to have the federal government study the behavioral aspects of energy use, just as it pours R&D into the technological side. Ultimately, Baird’s bill got blocked after Republicans warned that he was plotting a “behavior modification” program (he wasn’t). But that doesn’t mean the broader issue has ceased to be relevant. 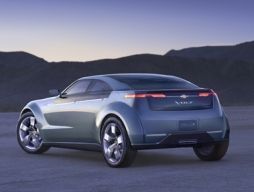