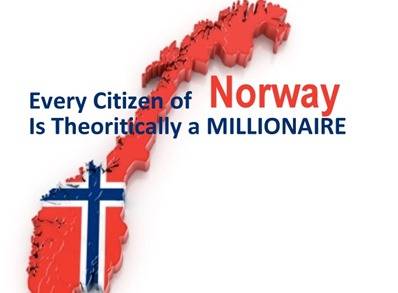 Despite this week’s announcement by a Norwegian parliamentary committee, that Norway's state pension fund - Norwegian Government Pension Fund (GPF) - (the world's biggest sovereign wealth fund), will now be required to divest its significant exposure to the global coal sector and reversing the rejection of divestment back in December 2014, there are doubts real divestment will happen at all.

The law still needs to be approved by Norway's parliament with the final vote scheduled for June 5. The change if approved will require the Fund to divest its holdings in companies that generate more than 30 percent of their output or revenues from coal.

Major doubts are raised by a recent report published by Future in Our Hands,Greenpeace Norway and the German NGO, Urgewald which found that the Fund had investments in companies responsible for 23% of global coal production and is actively reshuffling its investments between coal mining companies and electricity producers that rely heavily on coal. So instead of reducing its overall exposure to businesses based on coal, the GPF has increased its holdings by 3bn Norwegian kroner to NOK 85.8bn ($11bn USD) by the end of 2014.

It is so crucial that institutional investors are transparent about their investment strategies and holdings, across the board.

The report describes a scenario in which the GPF remains heavily invested in coal around the world. In the US, the fund invested more heavily in eight of the 10 biggest coal-burning utilities. In China, the Fund increased its holdings in Chinese coal companies by 32% compared to 2013. In Japan, its holdings in coal grew by 21%.

While the fund divested from more than twelve Indian coal companies, it re-invested 44% of the proceeds in the Reliance Group, the largest developers of coal-fired power plants across Asia.

Why this Fund Matters

The sovereign wealth fund, which at the end of December controlled the equivalent of 1.3 percent of world market capitalisation and is valued at 835 billion euros ($885 billion USD); fuelled by Norway's state oil revenues has in recent years divested its holdings in several dozen companies. These included coal and cement producers, whose business models were deemed no longer tenable because of climate change or environmental costs -- moves that were made for strictly financial reasons. Raising the question: does investing in coal companies pose both a climate risk and a future economic risk?

Material recently published by the Fund revealed that they have purchased new coal securities but also states that they are active in engaging with the fossil fuel companies they are invested in and specifically asking for their strategy related to a future with less coal demand, estimated cost of separating the mining of coal from the company’s mining operations, and to disclose the potential timeline related to this.

The Fund also notes that a number of the coal mining companies produced coal used for steel mills – and not generating electricity.

Just five months ago the global fossil fuel divestment push copped a king hit, when an independent panel recommended the oil-dependent GPF not divest from petroleum and coal in December 2014.Norway rejects divestment push bit.ly An independent expert panel found, after six months, that Norway should steer clear of joining the conga line of the global movement that is pushing for divestment in coal, oil and gas investmentshttp://www.wearepowershift.org/campaigns/divest

The panel instead encouraged the government pension fund to support fossil fuel industries as they can make a real difference to reducing emissions.

The December 2014 report by experts recommended that the fund act on a case-by-case basis rather than adopting a blanket ban on fossil fuel-linked companies and that it use its role as a company shareholder to improve corporate practices.

That notion may seem to be counter intuitive to some, but it highlights the need for a balanced debate to counterweight this seemingly unstoppable movement, fought mainly by the upstream oil and gas industry and coal lobby groups.

The fossil fuel divestment movement is a global phenomenon and includes universities and partnerships such as the Guardian and 350.org with their Keep it in the Ground campaign which is calling on the Bill and Melinda Gates Foundation and the Wellcome Trust, the world’s two biggest health charities, to withdraw from the 200 biggest publicly traded coal, oil and gas companies. Others are the Wallace Global Fund and large investors such as the Rockefeller Brothers Fund.

What will it take

According to the Institute for Energy Economics and Financial Analysis global coalstocks have plunged more than 70% in value over the past five years. However to change the balance will take a monumental shift in capital.

Decarbonising the world‘s energy system requires a cumulative investment in green infrastructure of USD 36-42 trillion between 2012 and 2030, or approximately USD 2 trillion or 2% of global GDP per year; to put this in perspective only USD 1 trillion is being invested annually. So, a USD 1 trillion investment gap exists right now (B20 Task Force on Green Growth Recommendations to the G20 Los Cabos Summit (2012); Calculation based on World Economic Forum Analysis; HSBC, Sizing the climate economy, 2010; HSBC, A Climate for Recovery, 2009; BCG, The Global Infrastructure Challenge, 2010)..http://www.oecd.org/sd-roundtable/papersandpublications/50363886.pdf