Posted by archerzhh on Thursday, 04 June 2015 in Air Quality

Why China Can’t Fix Its Environment 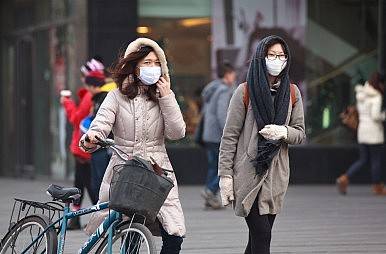 The rhetoric is there, but issues of oversight appear to be blocking real progress.

In early March, a debate over China’s action (or inaction) on the environment gripped both Chinese and international media. While air pollution and other environmental degradation have long been widely acknowledged, it was not until Chai Jing, one of China’s best known journalists, unveiled her self-financed 104-minute documentary Under The Dome, which features China’s catastrophic air pollution, that the government’s position on the environment became a nationwide, policy-oriented debate among intellectuals, policymakers, bureaucrats, and the Chinese public.

Chai Jing managed to at least influence policy by releasing the documentary just before China’s “two sessions” – the Chinese People’s Political Consultative Conference (CPPCC), which is the country’s top national advisory body, and the meeting of the National People’s Congress (NPC), the top legislative body. She attributed the air pollution to the country’s outdated energy structure, state-owned companies’ monopolistic controls over natural resources, and lack of individual effort and oversight.

However, the heated debate was cut short when Chinese authorities ordered the film to be removed from Chinese websites. This decision further reinforces the popular perception that because of economic rents and vested interests, ruling parties in undemocratic countries like China will block any changes to existing systems, even though the changes are good for the public. Yet that argument ignores the fact that the Chinese government has become increasingly active – both domestically and internationally – on environmental protection. So why can’t it come up with a definitive solution to this widespread social problem?

First, on an individual level, lies the classic free-rider problem. Clean air, a public good, is often sacrificed in what Garrett Hardin called “the tragedy of the commons.” Namely, individuals acting rationally in their own self-interest collectively produce dirty air. There is a tendency to assume that everyone is eager to tackle environmental pollution, especially air pollution as severe as that in many parts of China, which after all affects everyone. This is simply not the case. Soon after Chai’s video, one commentator wrote on Sina Weibo (China’s Twitter), “Chai Jing and her fellows are standing under the dome, but millions of average people and children are standing on the ground. They also hate haze, but what they can’t stand more is backwardness, poverty, and employment. Only when China’s economy keeps developing and flourishing can they gradually raise their qualify of life or even catch up and compete with Chai Jing and her fellows on a equal front.” Like Chai’s video, that post was widely shared and received almost 100,000 “likes.”

Then there are the institutional obstacles, arguably the most intractable obstacles to any substantial action on environmental protection in China.

In her documentary, Chai attributes China’s air pollution to coal consumption and low-quality oil. China National Petroleum Corporation (CNPC), China’s largest integrated energy company, controls a large percentage of China’s untapped oil and gas but refuses to introduce innovative technologies to extract such resources. Chai implies that China needs a marketization approach and structural changes to energy consumption. Many Chinese commentators see this proposal as impractical. For one, China is cautious when it comes to developing natural resources, which have long been considered key to national security and social stability. Second, the government has formed a entrenched coalition with giant state-owned companies such as CNPC, such that it is very difficult for it to put pressure on them. These commentators predict that the efforts of Chai and other civil organizations to encourage reform are destined to fail.

It is true that to protect their economic rents, existing powerful interest groups such CNPC may block marketization of the industry and the introduction of new but costly green technologies. Yet ultimately it is the Party that matters. And the Party fears above all the erosion of its political power.

Facing mounting public outrage over air pollution, China’s central government has in fact introduced a number of legislative measures on the environment. In September 2013, the central government unveiled the Airborne Pollution Action Plan, which aims at limiting coal use and reducing air pollution in the northern region surrounding Beijing by 25 percent, and by 20 percent in the Yangtze River Delta. Last year, China announced that it will no longer approve new coal mining projects below 300,000 metric tons; meanwhile, by the end of 2015, it will close more than 2,000 small, unregulated mines. The NPC also approved major amendments to China’s Environmental Protection Law, first enacted 25 years ago. Starting from January 1, 2015, local governments are required to make public data about regional polluters and impose stiffer penalties for polluting. Most recently, China’s newly appointed Minister of Environmental Protection Chen Jining showed his personal support for Chai’s documentary and vowed at a press conference during the ongoing 12th NPC that tougher legal enforcement and innovation will be put in place.

So the argument that authoritarian countries like China lack the motivation to introduce laws, adopt innovative technologies, and make the necessary structural adjustments appears too arbitrary.

Rather, the problem for China appears to lie in the system of oversight. This issue was described by McCubbins and Schwartz in their 1984 paper, “Congressional Oversight Overlooked: Police Patrols versus Fire Alarms.”

For China, a country that emphasizes centralized power, top-down “police-patrol” oversight would seem the natural choice. Under this system, the central government examines a sample of executive-agency actions, with the aim of detecting and remedying any violations of legislative goals, and by its surveillance, discouraging such violations. However, more often than not, the “police” – in this context, China’s local governments and supervisory bodies – are themselves among the beneficiaries of environmental exploitation. Perhaps that is why the central government, despite its tight control on civil society, has decided to introduce “fire-alarm” oversight. The Chinese government has made public surveillance possible by setting up hotlines and websites to enable citizens to report local governments’ misconduct and corporate polluting. Unfortunately, this doesn’t appear to be helping much, either. Last year, local authorities in Shenzhen, the commercial hub in southern China, refused to publish an environmental impact assessment report on a local landfill. The landfill reportedly handles nearly 30 percent of Shenzhen’s household garbage and has not acquired the legal permission for its second phase, which nonetheless started operation in 2012. Two years on, and local residents are suffering from the stink the landfill has created.

Adding to Minister Chen Jining’s promise to tackle environmental pollutions, Chinese President Xi Jinping vowed on March 6 that he will “punish, with an iron hand, any violators who destroy ecology or environment, with no exceptions.” The rhetoric is certainly impressive, and is very likely genuine, but the Chinese government first needs to tackle its own entrenched institutional weakness.

Formally a journalist and news editor based in China, Lotus Yang Ruan is pursuing her Master’s degree in Asia Pacific policy studies at the University of British Columbia with her main research interest the Greater China Region.