Posted by SamS on Wednesday, 29 July 2015 in Earth Violators

Cecil, Zimbabwe’s famous lion, was killed by an American dentist 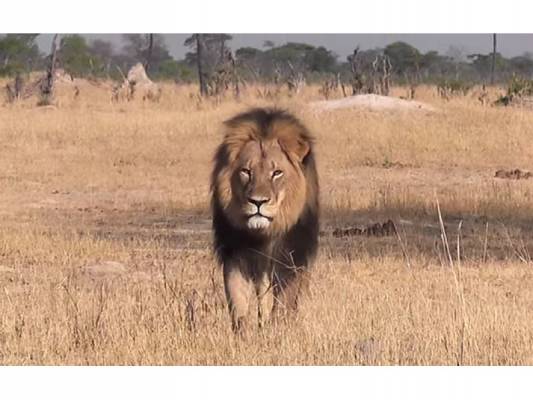 Cecil, Zimbabwe’s most famous lion, was killed by an American dentist with the help of a Zimbabwean professional hunter.

The Telegraph reports that Walter Palmer, 55, a dentist from Minnesota who is fond of hunting wildlife, paid $55,000 for the hunting down of the much-loved lion. Cecil—who was part of a Oxford university wildlife research project and wore a GPS collar—was lured out of the grounds of a farm in Zimbabwe’s Hwange district, and then shot by a professional hunter on July 1. The lion’s head was then cut off as a trophy, and his skin was taken as well.

Zimbabwe’s wildlife authority alleges that Theo Bronkhorst, a professional hunter with Zimbabwean-based Bushman Safaris, conspired with Honest Ndlovu, the landowner of the farm, to lure Cecil out of the Hwange National Park, and have him killed on Ndlovu’s farm. Bronkhorst is now facing criminal charges.

Palmer, issued a statement expressing his regret for killing a “local favorite”, but insisted he had obtained all legal permits.

“I had no idea that the lion I took was a known, local favorite, was collared and part of a study until the end of the hunt. I relied on the expertise of my local professional guides to ensure a legal hunt.

“Again, I deeply regret that my pursuit of an activity I love and practice responsibly and legally resulted in the taking of this lion.”

The Guardian reports politicians and wildlife conservationists in the UK are calling for import bans on the heads of animals as hunters’ trophies from African countries. Lion trophies are popular in Europe, with 200 trophies imported to the EU each year. Lions have also been classified as one of 23,000 species that are vulnerable to extinction by the International Union for the Conservation of Nature.

In the Hwange National Park—Zimbabwe’s largest game reserve and a popular location for a safari—Cecil was a major tourist attraction. The 13-year-old lion was known for being friendly with visitors, offering ideal photo opportunities to tourists who were often fascinated by his size and distinctive black mane.

The Telegraph reports that Bronkhorst claims he was not aware of Cecil’s fame, and that the killing was a mistake.

“It was a magnificent, mature lion. We did not know it was well-known lion. I had a licence for my client to shoot a lion with a bow and arrow in the area where it was shot,” Bronkhorst told the paper.