Posted by Wolf on Sunday, 06 September 2015 in Water Conservation 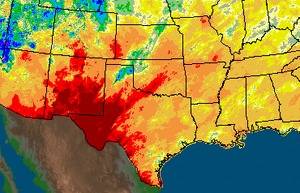 About 38 million people in California, Nevada, Arizona, four other states and Mexico depend on the Colorado River for their water supply. As increased usage and years of drought diminish the river's flow, states are forming strategies to deal with what some experts call peak water--the point at which the demand exceeds the supply.

The conditions already threaten Las Vegas, which draws water from the Colorado-fed Lake Mead, the nation's largest reservoir. During the past decade Mead's level has fallen more than 100 ft., and the basin is now just over half full. The Southern Nevada Water Authority draws nearly all of its supply from the lake through two intakes, one of which is just 60 ft. below the current water line; the second intake is 50 ft. below the first. If the lake keeps shrinking, by 2012 the upper intake may suck only air. Local authorities have embarked on an $800 million-plus project to bore a 3-mile-long tunnel beneath Lake Mead to tap the lower reaches of the lake (see below).

Although the Colorado rose in 2008, its flow can double one year and drop by half the next. During the past eight years the river has carried less water than at any similar period in its recorded history. "With demands increasing, droughts are going to hit harder," says Terry Fulp, deputy regional director of the U.S. Bureau of Reclamation, which manages the river's large reservoirs. "There was a drought in the 1950s, but there weren't as many people." The Colorado River water crisis will linger even if flow increases; by 2030 the population of the area it serves is projected to grow to more than 65 million people.

A specially designed tunnel-boring machine is being constructed in Germany to dig a water-intake pipeline under Lake Mead by 2012. Engineers planned its path to minimize wear on the cutterheads, but the machine still must slice a 20-ft.-wide tunnel through volcanic layers 20 to 30 times tougher than concrete. Lying beneath 350 ft. of water, the tunnel will be under extreme pressure during the dig. Crews will have to acclimate in a pressure chamber before descending to replace the machine's tips if they break. Workers are sinking a 600-ft.-deep shaft on the shore to reach the depth where horizontal tunneling will start late next year.

The seven states that draw water from the overtapped Colorado River sponsored a 2008 study that analyzed options for supplementing the river's flow. Here are the most intriguing:

Las Vegas could pay for desalination plants along the West Coast in exchange for the right to use California's or Mexico's share of the Colorado.

States could build offshore aqueducts that would run under the ocean from the Columbia River, in the Pacific Northwest, to the Southwest.

Some parched parts of the world already import water via tanker ships or by towing giant water bladders across the ocean. The report considers using such methods to move water from Alaska to California and the Southwest. It also looks at towing insulation-wrapped icebergs from the Arctic.

Settlers in the 1930s introduced fast-spreading salt-cedar plants to stabilize the banks of the Colorado River. A single mature tree can absorb as much as 200 gal. of water per day.

Using less water is cheaper than developing new supplies. Methods include collecting overflow from storms, limiting the use of water to cool power plants and treating agricultural and industrial wastewater to make it potable.