Posted by Vitalolhar on Saturday, 28 November 2015 in Climate Change

COP21: Will it make any difference to climate change? 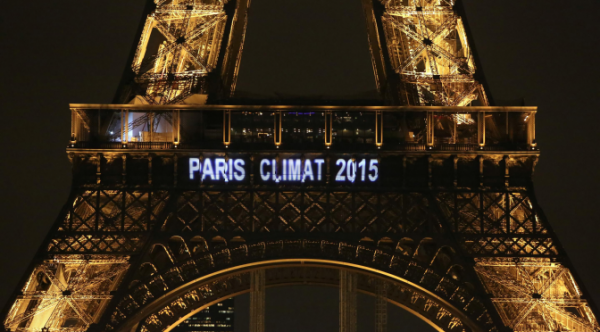 Twenty years ago a little-known woman politician with a mophead haircut from the former East Germany presided over the first UN climate conference, in Berlin.

We – the delegates and the press – came to know her as Angela Merkel, and we thought she was brilliant, someone you could bring anywhere and she’d never put a foot wrong.

Helmut Kohl had made her Germany’s environment minister a year earlier, and he had clearly made the right choice.

Not only was Merkel a physics graduate (from the University of Leipzig), which gave her a clear understanding of climate change, but she was also determined to do the business in Berlin.

It was, after all, the first Conference of the Parties – or COP1 – to the United Nations Framework Convention on Climate Change, which had been adopted by acclamation at the 1992 Earth Summit, in Rio de Janeiro, which aimed to “prevent dangerous anthropogenic” – or human-induced – “interference with the climate system”.

A lot was at stake, and Merkel knew that all decisions had to be taken by consensus.

So at the final plenary session, when the Saudi delegate rose to register an objection that would have scuppered it, Merkel simply ignored him, saying, “I think that’s all agreed,” and banged her gavel on the desk.

What COP1 had adopted was the “Berlin Mandate” to negotiate a deal by 1997 on mandatory reductions in greenhouse-gas emissions by developed nations – those mostly to blame for their build-up in the atmosphere – including the United States; the countries of the European Union; Japan; Canada; and Australia; as well as Russia and other former Soviet bloc countries.

The aim was to put firm flesh on the bones of the UN convention and to begin the process of implementing it, thereby realising (at least in part) the delirious optimism of the Rio Earth Summit.

And so we were off to Kyoto, the old imperial capital of Japan, after an intervening session – COP2 – at the former League of Nations headquarters in Geneva.

At an earlier meeting in Geneva in 1990 another powerful woman, Margaret Thatcher, had warned that “the threat to our world comes not only from tyrants and their tanks [but from] global warming as yet unseen but real enough for us to make changes and sacrifices, so that we do not live at the expense of future generations”.

Like Merkel, Thatcher was a scientist, so she understood the first tentative assessment in 1988 by the UN’s Intergovernmental Panel on Climate Change.

“Many of the precautionary actions that we need to take would be sensible in any event,” she said, citing improved energy efficiency and the development of alternative energy sources.

It was also in Geneva that Britain’s outspoken environment secretary John Gummer used the podium at COP2 to savage a fellow Commonwealth state.

“The present government of Australia” – led by John Howard – “is more interested in the profits it makes from selling coal to Japan than it is in future generations of Australians,” he said.

What this underlined was the nature of international relations: every country will act in what it perceives to be its national interest.

Plus, at that early stage, climate change was seen as a distant threat, something that would affect only future generations of humanity, so there was resistance to change. It wasn’t urgent then.

That was a long time ago. The journalists had no mobile phones (other than brick-sized “car phones”) and The Irish Times had given me a newfangled “laptop”, with a dial-up connection, to see if it would work over a distance of some 9,000km.

Often it didn’t, which meant reading out my stories over the phone to a copytaker in Dublin from stiflingly hot, plastic telephone kiosks in Rio.

At COP3, in Kyoto, the US delegation was led by a former trade negotiator, prompting John Gummer to remark that the US was treating the talks like “piddling trade negotiations over the price of beans when what’s at stake is the future of the planet and whether Bangladesh and numerous island states are to go under water”.

When the US vice-president, Al Gore, arrived to take charge of his country’s delegation a deal was done.

The Kyoto Protocol was the first international treaty on climate change.

And it was at the insistence of the US that “market mechanisms” such as carbon trading were included, to make it easier for countries to comply with Kyoto.

But Gore went on to be defeated by a hair’s breadth in the US presidential election of 2000, and George W Bush claimed victory.

As the new president was an oilman to his core, surrounded by other oilmen, one of his first acts, in March 2001, was to pull out of the protocol, saying that it would hurt the US economy.

It appeared that the first serious effort to begin implementing the UN climate-change convention was doomed to fail. But the EU as a whole ratified the protocol, and Russia’s decision to follow suit, in 2005, finally brought it into force.

This seems to have come as a surprise to several countries, including Ireland, which had been carrying on as though the Kyoto Protocol was never going to be ratified.

In the meantime annual UN climate summits got bogged down in international nit-picking, with developing countries demanding that their richer counterparts do more, while the US repeatedly threw spanners in the works, in what seemed to many as a determined effort to derail the already tortuous consensus-building process.

Sometimes it was like watching paint dry. But there were diversions such as the Climate Action Network’s Fossil of the Day awards, presented to countries that were seen to be behaving badly, or the little pots of grass handed out at COP6, in The Hague, to mock Australia’s demand that all of its grassland be classified as a “carbon sink”.

Behind the scenes over all these years lurked fossil fuel lobbyists such as the late Don Pearlman, of Washington law firm Patton, Boggs and Blow. Even at COP1, in Berlin, he was branded “King of the Carbon Club” by Der Spiegel.

Indeed, he was one of the few who had reportedly read every single document generated by the process.

He would turn up at plenary sessions of the Intergovernmental Panel on Climate Change, persistently questioning its scientific findings with a view to downplaying the risks.

Then, at closed-door meetings at UN climate conferences, he would cite the doubts and uncertainties he himself had promoted, to justify watering down draft negotiating texts that had called for firmer action.

I took a close-up photograph of Pearlman at the Kyoto summit in 1997, having cornered him in the convention’s only smoking area (he smoked Dunhills, as I recall), and then used it as my only slide in a talk to Sustainable Energy Ireland, saying that he was the type of opposition they were up against.

That UN climate conferences had to be held every year kept the issue on the international agenda, even if it was eclipsed by the “war on terror” launched after the 9/11 attacks in 2001.